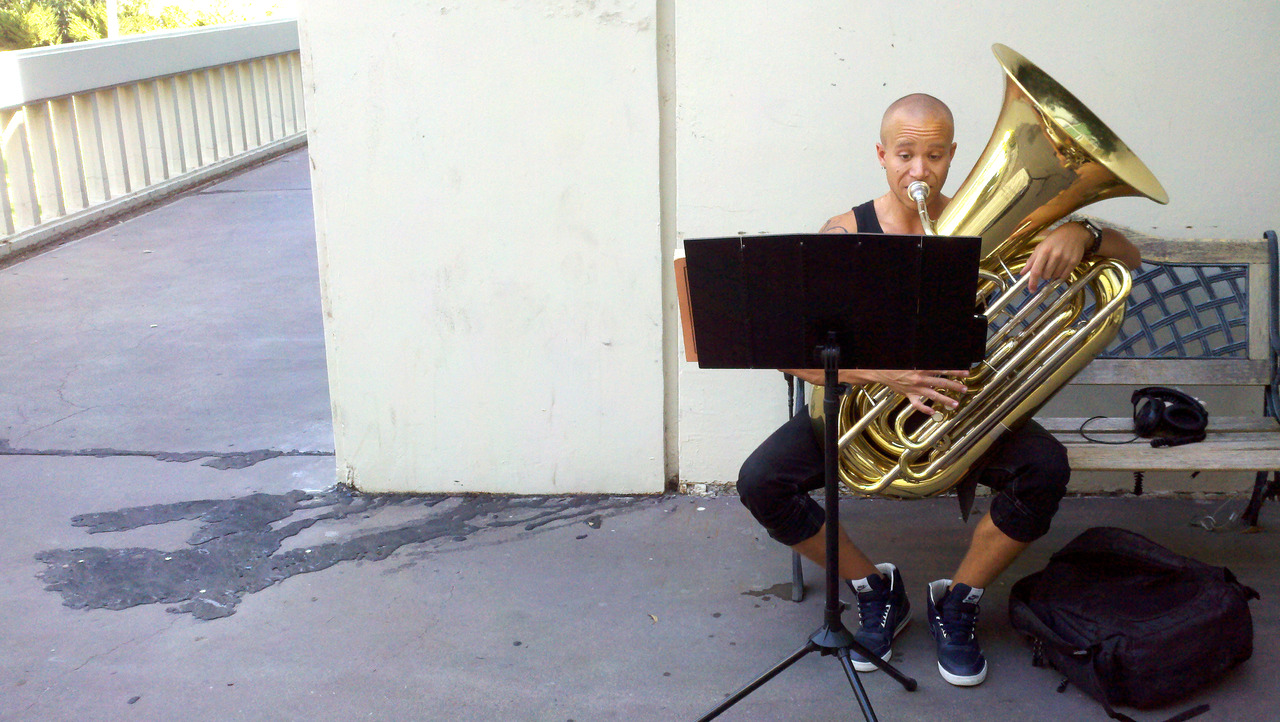 Tubist Devon Taylor, a third-year student at The Herb Alpert School of Music at CalArts, has received a high honor in virtuoso instrumental music. He was chosen as one of two finalists in the brass division for the Pasadena Showcase House Instrumental Competition. Taylor was awarded second place, with a prize of $2500.

Established in 1985, the Pasadena Showcase House Instrumental Competition receives hundreds of applications each year from string, woodwind and brass players, from ages 16 to 24, who live in or attend school in Southern California. The judging panel included members of the Los Angeles Philharmonic Orchestra.

We found a video of Taylor playing Bach’s Allemande in A minor (for flute) on tuba: