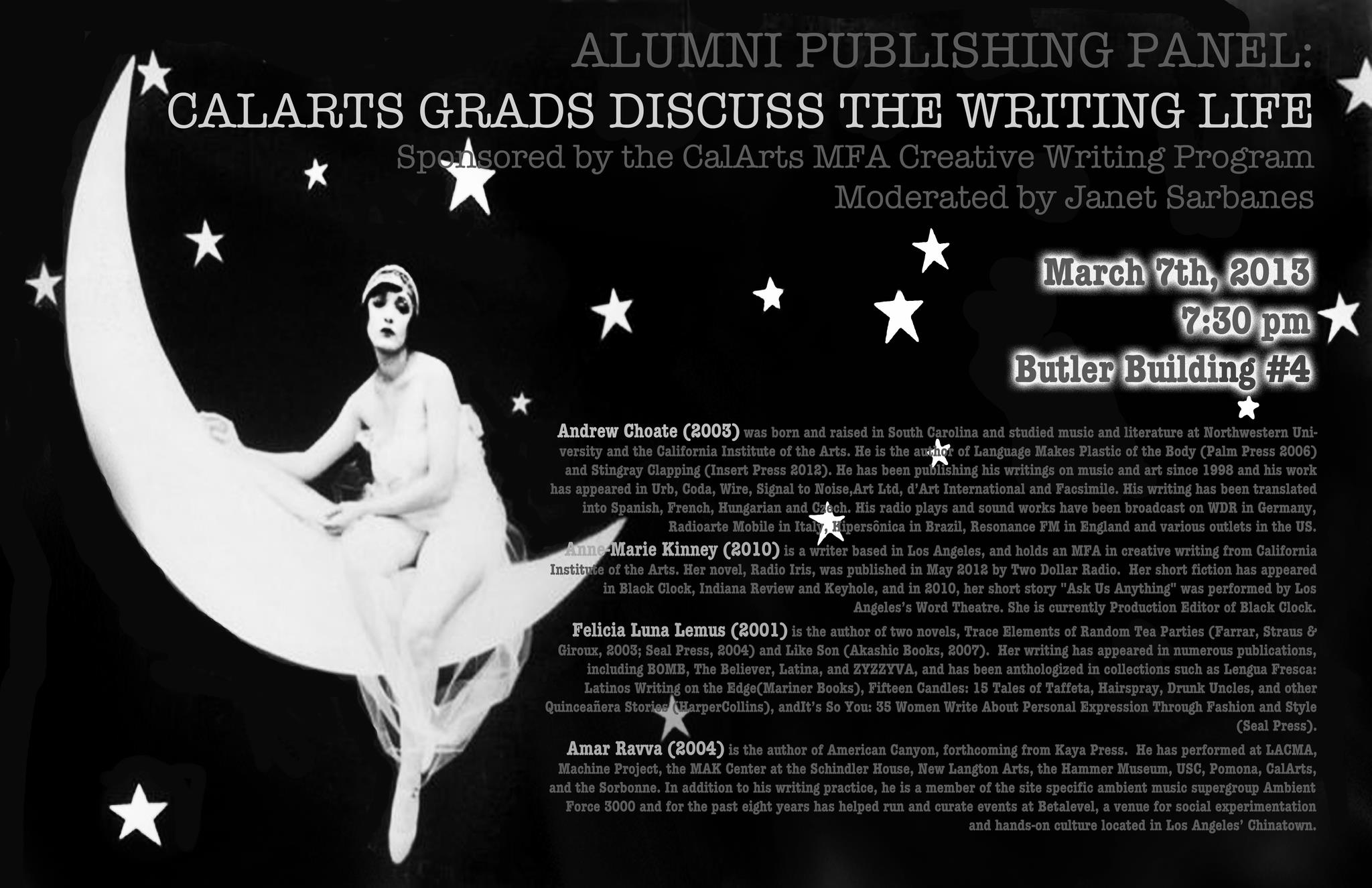 Choate has been publishing his writings on music and art since 1998. As a poet, he doesn’t pander to audiences with his use of text. According to The Rumpus, his latest chapbook, Stingray Clapping (Insert Blanc Press 2012), “is hilarious. Each phrase reads like a malapropism, one so confidently dispensed it seems already a part of everyday use. The familiarity is eerily gripping,”

Kinney’s first novel, Radio Iris (Two Dollar Radio 2012), has “a lovely, eerie, anxious quality to it,” noted The New York Times. In 2010, Kinney’s short story “Ask Us Anything” was performed by Los Angeles’s Word Theatre. She is currently production editor of the literary magazine Black Clock, which is published semiannually by CalArts.

Ravva’s latest work is American Canyon, forthcoming from Kaya Press. It uses prose and still photos to recount the fragmented and ever-evolving story of one person’s apprehension of the ghosts of history. In addition to his writing practice, he is a member of the site-specific ambient music group Ambient Force 3000.

Below is an LA-Lit audio recording of Ravva reading from American Canyon (reading begins at 2:30).