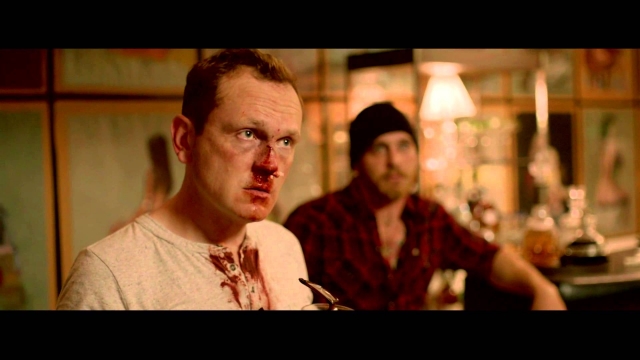 Cheap Thrills went on to become the first sale at SXSW 2013 when it was snapped up by Drafthouse Films in a deal that includes both theatrical and home entertainment releases.

Cheap Thrills was produced by Gabriel Cowan (Music BFA 00, Film/Video MFA 08) and John Suits (Film/Video MFA 08), along with Travis Stevens of Snowfort Pictures. Marking the directorial debut of screenwriter E.L. Katz, the film stars Pat Healy, Ethan Embry, Sara Paxton, David Koechner and Amanda Fuller in a story that follows a recently fired man who agrees to take on a series of increasingly insane challenges in exchange for cash payments from a rich couple with a twisted sense of humor. (The trailer for the film is posted above.)

Milo, another New Artists Alliance project, was produced by Cowan and Suits along with Adele Romanski. In the same horror vein as Cheap Thrills, Milo deals with a man who discovers that his chronic stomach problems caused by a demon baby living in his colon.

During their first year in the Film Directing Program at CalArts, Cowan and Suits shot the feature horror flick Breathing Room in eight days for under $20,000. The film, which they later expanded to  feature length, was distributed internationally through various carriers and domestically via Anchor Bay Entertainment.

Since CalArts, Cowan and Suits have co-wrote, produced and/or directed several other features, including Extracted, Static and 3 Nights in the Desert.