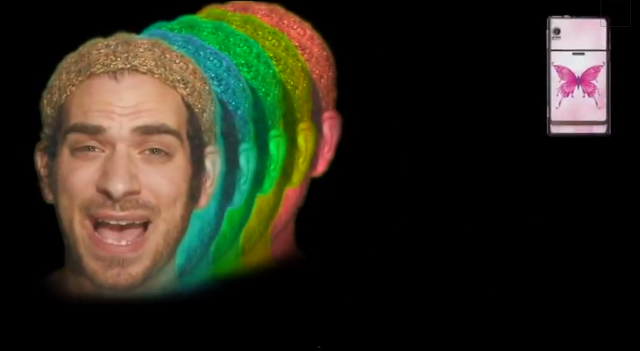 The prolific, Brooklyn-based songwriter crafts a song each day with an accompanying video and posts them to his YouTube channel. Some of his DIY-style songs have gone viral over the past four years, getting ink in Time, The Huffington Post, CNN and The Daily Dot. His 77th song about Nobel-laureate economist Paul Krugman even caught the attention of MSNBC’s Rachel Maddow, who invited Mann to perform the song live on The Rachel Maddow Show in April 2009.

Mann’s tunes cover a variety of topics, ranging from the day’s news to politics to not knowing what to sing about.

He told Maddow that forcing himself to be creative every day generally produces good results: “The idea behind it for me is that the more [songs] I produce, if I can write 31 songs in a month, 365 songs per year, I’ll have a better chance of writing a good song.”

Above is a Mann’s video biography and below is #1019 A Duet with Siri, which has nearly 1.5 million views on YouTube.