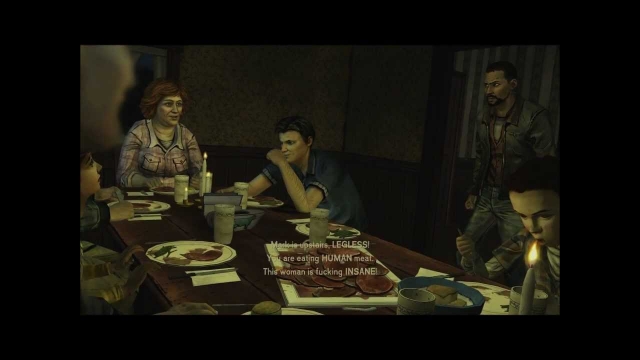 CaArts alumnus Jory Prum (Music, Film/Video BFA 97), a recording engineer based in Fairfax, Calif., specializes in dialogue, foley (reproduction of everyday sounds) and sound design and mixing for video games. Most notably, Prum recorded, edited and mastered the dialogue in 2012’s hit video game The Walking Dead: The Game, which has won numerous “Game of the Year” awards, most notably at the Spike-TV VGAs. His portfolio also includes games based on Star Wars, Jurassic Park, Back to the Future and CSI, among many other video game franchises.

24700 conducted an email interview with Prum about working for LucasArts, starting his own studio, and recording swamp foley at Francis Ford Coppola’s private lake.

24700: How did you get your start in the sound and video game industries? And when did you decide to open your own studio, studio.jory.org? 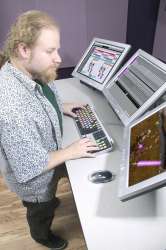 A year after I’d graduated—just after being laid-off by Disney—I applied for a job at LucasArts. It took four months, four interviews, and two failed skills tests, but I was then hired by LucasArts and worked as part of the staff sound team for two years. After 14 games (all of the Star Wars: Episode I launch titles, Escape from Monkey Island, Indiana Jones and Infernal Machine), I was burnt out and went back to working in film. A couple years later I decided it was time to get back into games again and decided to build a studio. I bartered for most of the labor and design, with friends helping me swing hammers, and got the studio up and running in about a year. Since then I’ve been working with most of the big game studios, either recording dialogue or working on the sound effects for their titles, principally thanks to all the great people I met when I worked at Lucas.

24700: You concentrate on dialogue sound work. How did you develop that specialty?

Mostly it was an accident. My life in games was primarily as a sound designer (although I started at CalArts as a composer), but noticed there was a niche I could fill. Nearly all the freelance game audio folks I know work out of their homes, so they don’t have a place to bring clients, nor do they spend the money to build a really good audio listening environment. And when it came to dialogue, the job can be so daunting in scale that it is commonly just sent to Los Angeles. I realized we could keep that work here in the Bay Area, and my colleagues could make money by keeping me busy. And it worked!

24700: What was the most challenging project you’ve worked on?

They’re all challenging in their own ways. The part I love the most is finding ways to make our recording methods even more streamlined. I write custom software that helps link together aspects of the pipeline, which in turn allows for more automation. Custom tools seem like silly things to be proud of, but they make my life so much easier and allow us to work magic (at least to the ears of the producers).

24700: What is the most unusual foley that you have recorded?

One project that was a bit unusual was Adaptation, the Spike Jonze film. The end of the film takes place in a swamp and the foley studio we were working in didn’t have a water tank. So we got permission to record foley in the private lake at Francis Ford Coppola’s home. We brought my PowerBook G4, a Digidesign Mbox, and a small FireWire-powered hard drive, along with a 10″ LCD and a hood and a 50′ video extension cable.

24700: What advice would you give to current students who would like to enter your field?

The most important skill to have is problem solving. Anyone can learn to use a computer, and having good ears for mic placement can only get you so far. But if you can think on your feet, there will always be a job for you somewhere. I always encourage folks to learn to build their own solutions wherever they can, be they in electronics, software or another aspect. There’s no question in my mind that what keeps my bills paid as an artist is the fact that my clients know that whatever task they send my way will be done not only with the highest quality and attention to detail, but as quickly and efficiently as possible.

24700: While attending CalArts, did a particular class or faculty member leave an impression on you?

Quite a few, actually. Craig Smith, Doug Loveid, and John Payne were my mentors. I think of them nearly every day, along with the encouragement and freedom they allowed me. Nathan Crow also has to be in this list, since he had to put up with my constant demands for access to more equipment. Scott Duncan, who ran the video studio, became one of my closest friends and we’ve kept in close contact ever since the day we met, despite great physical distance. Richard Whitehall gave me a tremendous insight into some of the best films I’ve ever seen and I often think of the selections he presented, as well as his comments about them. Without question, CalArts was a wellspring of influence and education for me. There are at least another dozen names I could write here.

The video above is a scene from The Walking Dead: The Game.