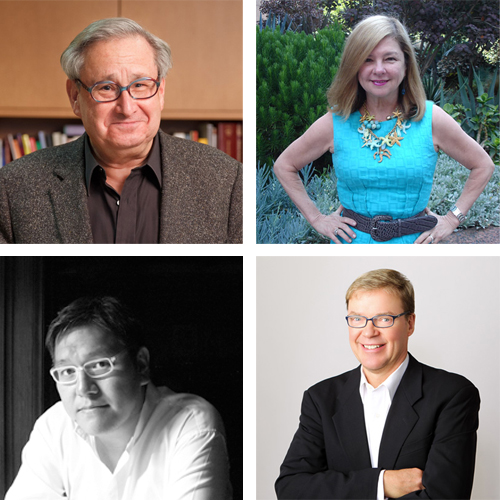 On Tuesday (April 9) at 8:30 pm, CalArts President Steven D. Lavine hosts a panel discussion at REDCAT that focuses on the “overarching role of artists in civic life and creative placemaking.” Lavine is joined by Kelley Lindquist, president of Artspace in Minneapolis; Eui-sung Yi, principal at Morphosis Architects; and Olga Garay-English, the executive director of the City of Los Angeles Department of Cultural Affairs (DCA).

The panel will also investigate the role of creativity in contemporary life. More from REDCAT:

Together, they explore issues of gentrification, reclamation and the artists’ influence and impact on today’s urban fabric. In addition, the panel examines the ideas and opportunities driving the Broadway Arts Center, a proposed mixed-use development containing a black-box theater, an art gallery, creative commercial space and affordable housing for artists in downtown Los Angeles.

Lindquist’s Artspace has become the country’s leading nonprofit developer of spaces for artists. It currently has 28 major projects in 15 states with more than 2 million square feet of residential, studio, office, rehearsal and performance space.

Yi will bring  a more academic perspective to the conversation since his work focuses on research initiatives and speculation on emerging urban issues confronting major metropolises and disaster-stricken cities.

Garay-English has been DCA’s executive director since 2007. The DCA and its programs have been awarded $20 million in funding support from private and public entities since the beginning of her tenure. A champion of the arts, Garay-English has received numerous awards for her efforts, including the Queen of the Angels prize for special achievement presented at this year’s LA Weekly Theater Awards.

On Cities and Creativity: A Conversation