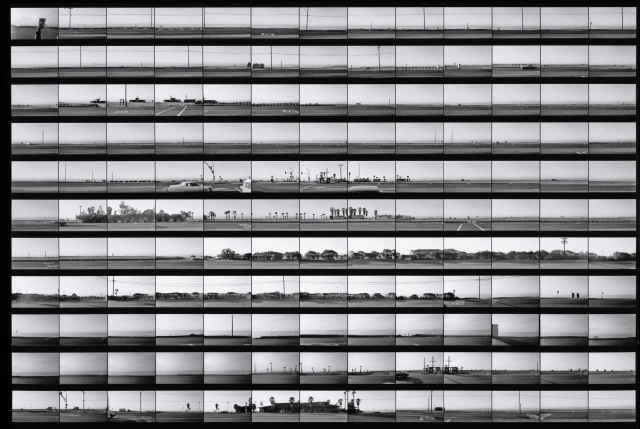 The Getty is once again collaborating with cultural organizations in Southern California in a follow-up to the sweeping series Pacific Standard Time: Art in L.A., 1945-1980 in 2011 and 2012. The Getty’s new initiative this year is Pacific Standard Time Presents: Modern Architecture in L.A., a citywide celebration of Southern California’s modern architectural heritage held at various institutions and sites. In one of the highlights of the new series, the J. Paul Getty Museum opens the exhibition In Focus: Ed Ruscha today (April 9). 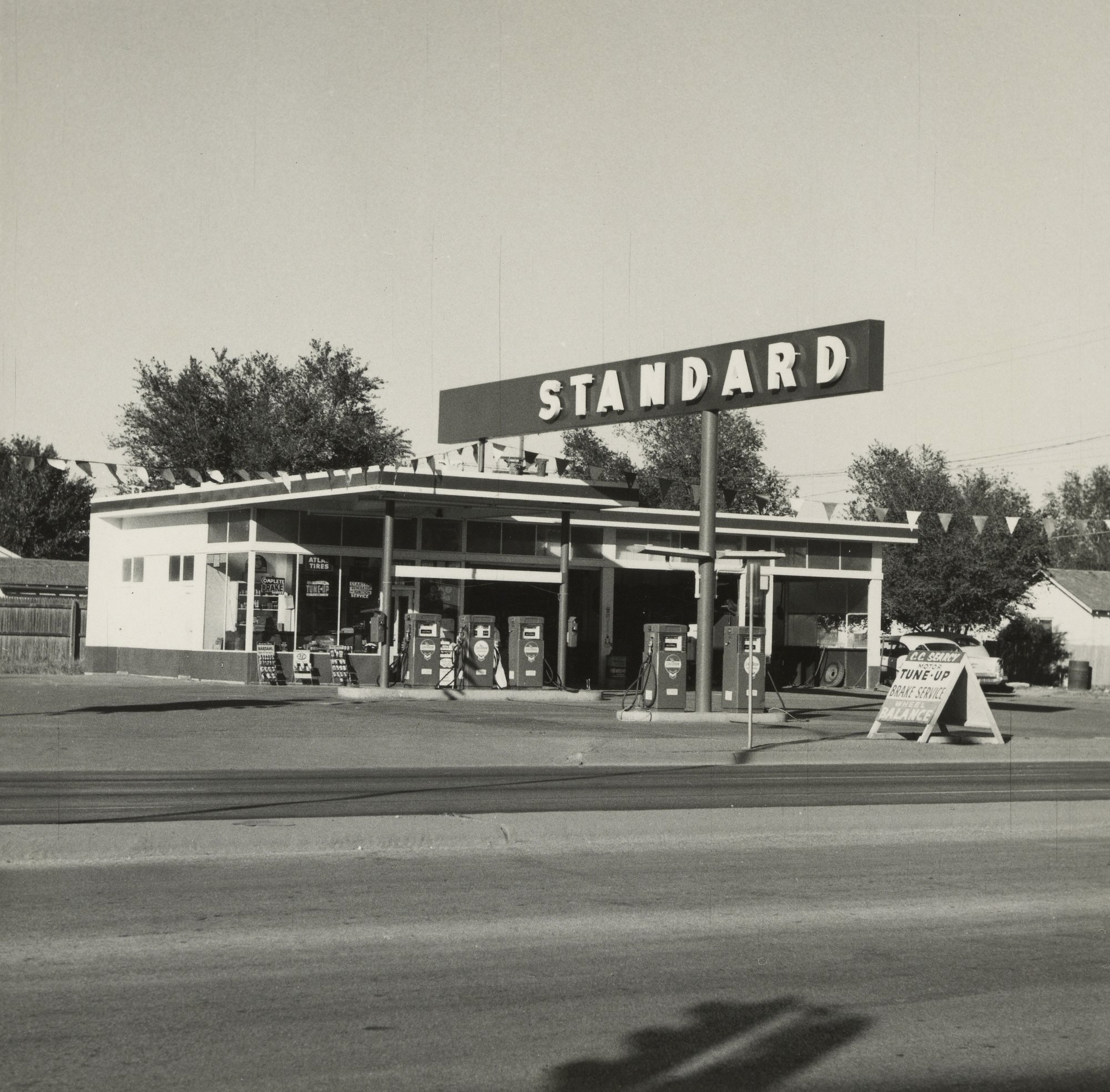 Ruscha (Chouinard 60) moved from Omaha to Los Angeles in 1956 and has been working and living in the city since. He is especially recognized for his photography of the city’s thoroughfares. Among these famous works is the artist’s book Every Building on the Sunset Strip—in which Ruscha photographed the buildings on a 2-1/2 mile stretch of Sunset Boulevard and assembled them into a 25-foot-long accordion-folded strip offering viewers two continuous views of the Strip.

In Focus: Ed Ruscha showcases vintage prints that offer a concentrated look at Ruscha’s deep engagement with LA’s vernacular architecture, car culture and the urban landscape, including the original camera-ready maquettes for Every Building on the Sunset Strip and the iconic photo Standard, Amarillo, Texas, shown on the right. Also on view for the first time are contact sheets of his photo shoot of Pacific Coast Highway, shown above.

More from the Getty:

“Gas stations and apartment buildings are among the quintessentially Southern Californian motifs that feature in Ruscha’s work,” says [co-curator Virginia] Heckert. “The Getty Museum’s acquisition of photographs made in conjunction with his photo books of the early 1960s gives us the opportunity to share his enthusiasm for the logos, signage, and language that enliven even the most banal architecture.”

Adds [co-curator John] Tain, “What’s exciting about the photography that came out of Ruscha’s documentation of the Sunset Strip is that it really altered the sense of what was possible with street photography, which had always been from the viewpoint of the pedestrian. Today we have the Google Maps roving fleet of camera cars, but Ruscha was doing this kind of photography more than forty years ago.”

In Focus: Ed Ruscha opens simultaneously with Overdrive: L.A. Constructs the Future, 1940-1990, an exhibition that surveys LA’s rich, yet often underappreciated built environment, and traces the city’s transformation into one of the world’s most influential industrial, economic and creative capitals.