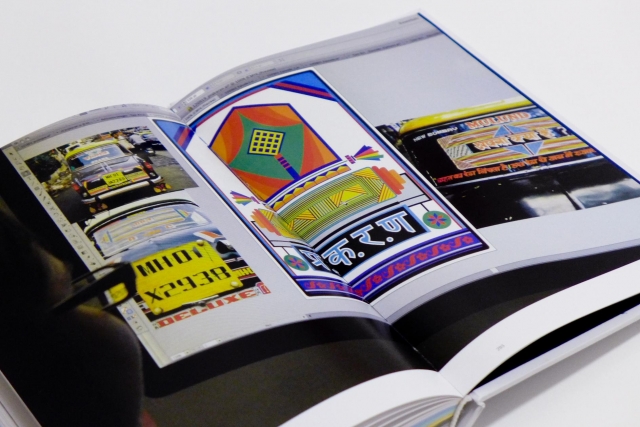 Tonight (April 11) in New York City, Artists Space presents a film screening and discussion entitled 1-800-SUC-CESS: Cross Cultural Labor and Representation. CalArts alumnus and former Fulbright Fellow (2008-09) Mario Pfeifer discusses cross-cultural exchange amid US/Indian economies of labor with Radhika Subramaniam, director and chief curator of the Sheila C. Johnson Design Center at The New School. The discussion follows a screening of Ashim Ahluwalia’s John & Jane, a documentary that examines the psychological effects of being on the other side of America’s job-outsourcing trend.

Pfeifer (Film/Video 09) and Subramaniam will use Pfeifer’s recent publication project, A Formal Film In Nine Episodes, Prologue and Epilogue–A Critical Reader, as a starting point for discussion. The publication was constructed entirely in the Greater Mumbai region, making use of local printers and manufacturers. The fact that Pfeifer himself is Dresden-born and Berlin-based—now involved in art-making in India—lends a cross-cultural quality to the project. The flexibility of cultural identity in a globalized manufacturing industry is reflected in the reader’s very creation and the components and process of that creation. The publication is a follow-up to Pfeifer’s eponymous video installation, which, according to ArtReview‘s Kimberly Bradley, “offers the viewer… a certain dispassionate distance that liberates from limitation.”

The film John & Jane chronicles the lives of six call center agents in Mumbai, as they tread the line between the world of American aliases, accent neutralization classes and answering 1-800 calls, and the reality of life far away from what they are required to relate to in their jobs. Shot in 35mm film, the documentary takes on the quality of a fictional feature film, and the audience, along with the call center agents they watch, have to strain to distinguish between what is real and what is not.

We posted a trailer for John & Jane, below: