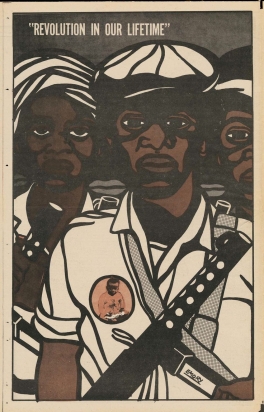 On Monday (April 15), former Black Panther Party Minister of Culture Emory Douglas gives a lecture at CalArts about his work, the Party, and its influence on past and current social movements. A conversation moderated by Paula Cobo Guevara (Aesthetics and Politics MA 13) follows the lecture. The lecture and discussion are part of a project by Katrin Winkler (Art MFA 13) called „we don’t just want a piece of the pie, we want the whole fucking bakery!“. This work is built around a video installation of the same title that examines social struggle from the Panthers to the present.

Emory Douglas was Black Panther Minister of Culture from 1967 until the Party disbanded in 1982. His graphic art, first honed in a prison print shop while serving a juvenile sentence for burglary in Ontario, California, became the iconic representation of the Party’s struggles. Serving as the art director of The Black Panther, the Party’s newspaper, “he branded the militant-chic Panther image decades before the concept became commonplace,” according to the San Francisco Chronicle.  “He used the newspaper’s popularity to incite the disenfranchised to action, portraying the poor with genuine empathy, not as victims but as outraged, unapologetic and ready for a fight.” 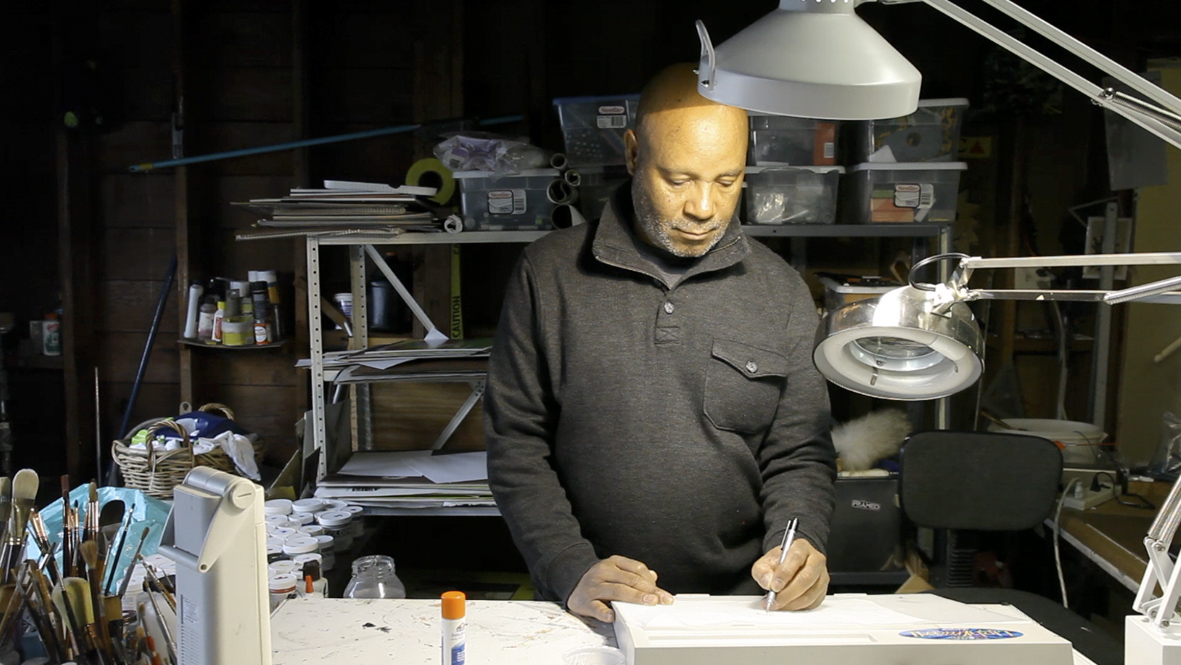 Emory Douglas in his studio in San Francisco, 2013 | Photo courtesy of Katrin Winkler

The centerpiece of Winkler’s „we don’t just want a piece of the pie, we want the whole fucking bakery!“ is a three-channel video installation that explores the newspaper archives of The Black Panther, shows excerpts from interviews with former Black Panthers, and documents current protests against repressive structures.