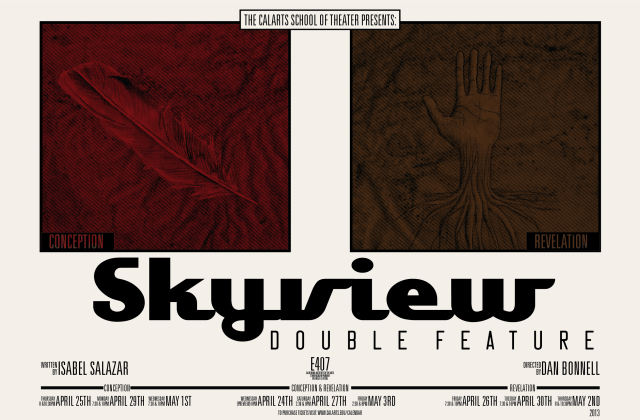 Titled Conception and Revelation, the two plays follow Mejia, a woman trying to grapple with her own identity and the demands of the world around her. She tries to escape her life in rural Lamesa, Texas, but when she veers off-course, she is forced to face destiny in its purest forms. Through mystical encounters and transcendent experiences, Mejia finds herself on the path to discovery.

Audiences can choose to watch both parts of Skyview Double Feature together on April 27 and May 3, or watch Conception and Revelation separately from April 25 to May 2. For showtimes, visit this page.