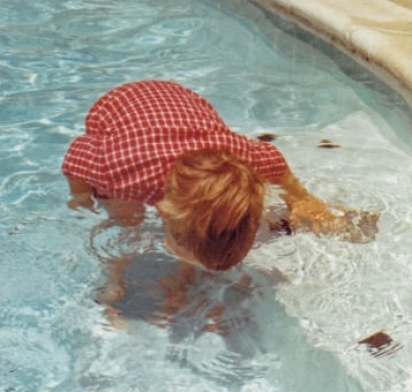 Drawing upon her archive of more than 20,000 found images, School of Art faculty member Millie Wilson’s solo exhibition Some People opens with a reception tomorrow (April 27) at Maloney Fine Art in Los Angeles.

Some People, the third in an ongoing series of exhibitions that began with I Am Not Here Anymore But I Am Fine in 2010 and continued with Looks Bad in 2011, brings together vernacular photographs presented in small-format light boxes, calling to mind an early precursor to the museum, the Wunderkammer (“Cabinets of Wonder”). This new body of work allows for a number of possible readings, suggested through telling details of the pictures and their groupings. These readings might arise from sets of formal qualities, gestures, and normative relations, as well as the “friction among pictures of manufactured objects, gendered situations, anomalies, and the quotidian.”

Wilson writes of her work:

I have used the frame of the museum to propose a secret history of modernity informed by queer sexuality, femininity, race and class.  I have used humor, parody and homage to point to stereotypes of difference. I have found the histories of surrealism and minimalism to be useful in the rearranging of received ideas.

Millie Wilson: Some People is on view through June 1.