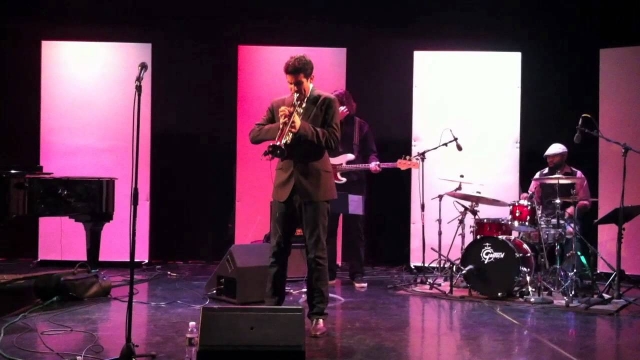 More on the album from a recent press release:

[The album] is comprised of 10 original compositions and his spin on three covers, including a brooding version of Radiohead’s Codex and a melancholy take on the time-honored classic, [George Gershwin’s] Summertime. Throughout the record Johnson’s trumpet soars front-and-center, showcasing his melodic creativity, infectious compositions and beautiful trumpet sound.

In addition to releasing his album in September of last year, Johnson has since kept busy, appearing on The Tonight Show performing with Placido Domingo in October and playing at the New York Stock Exchange tree lighting ceremony in December.

In 2007, Johnson “had a career turning point” when filmmaker and jazz enthusiast Clint Eastwood heard his playing and asked him to work on his film, Changeling. Johnson’s solo was incorporated into the end title and the score earned a Golden Globes nomination. Eastwood invited Johnson to solo again in his next film, Invictus. During this period, Johnson began writing and arranging songs for his debut album.

Above is a video of Gabriel Johnson Band performing Summertime live and below he performs with Placido Domingo: