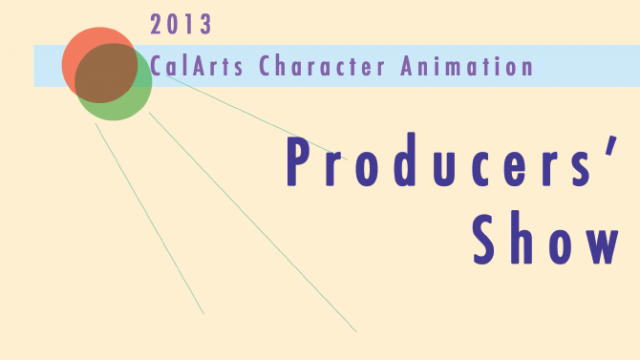 While the winners of Character Animation prizes—the 2013 Peers’ Pick Award and the 2013 Walter and Gracie Lantz Animation Prize—will not be announced until the ceremony, we did manage to secure the film program (listed below).

Most of the films (or their trailers) can be found on the CalArts 2013 Character Animation Vimeo and YouTube pages. Some of the shorts are already drawing in viewers: Madeline Sharafian’s film Omelette (posted below) has registered nearly 785,000 plays in a week; and like Sharafian’s film, Jacob Streilein’s Punctuwool is a Vimeo Staff Pick.

Omelette from Madeline Sharafian on Vimeo.