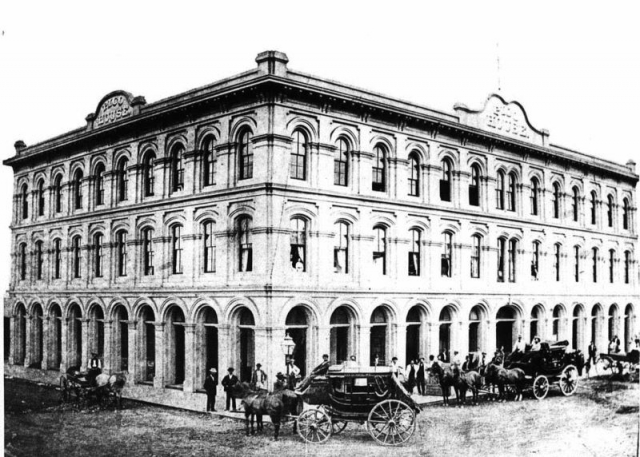 Pico House serves as the stage for the latest Duende CalArts and CNP Production. (Image: Courtesy of ‘L.A. Founding Families’)

Los Angeles’ rich cultural history comes to life in a new workshop production of L.A. Founding Families, developed by School of Theater students, faculty and collaborators-in-residence at CalArts. A one-night-only staging takes place on Monday, May 13 at 7 pm at the Pico House in El Pueblo de Los Angeles Historical Monument.

In the new production, 28 performers portray historical figures of the city’s Mexican, European, African, Chinese and Native American origins with the audience moving from room to room. Each of the “exhibits” comes to life to re-tell one of five stories: “The Pobladores,” which focuses on the original 22 families to migrate to Los Angeles from Mexico; “Gold Mountain,” a chilling examination of the Chinese Massacre of 1871; “The Tongva,” the Native peoples of the Los Angeles region; a meet and greet at “The Tavern” with the characters responsible for the building of Los Angeles, including Pio Pico, California’s last Mexican governor.

The production ends with “We Look Back,” an examination of how these diverse cultural origins affect modern-day Los Angeles and its current residents.

The production is a project of Duende CalArts—an ongoing initiative to explore Pan-American work and issues—and CalArts Center for New Performance, the School of Theater’s professional producing arm. The School of Theater is preparing to bring L.A. Founding Families to a full production later this year.

Tickets are free, and available on a first-come, first-served basis. Reservations can be made at lafoundingfamilies.eventbrite.com.