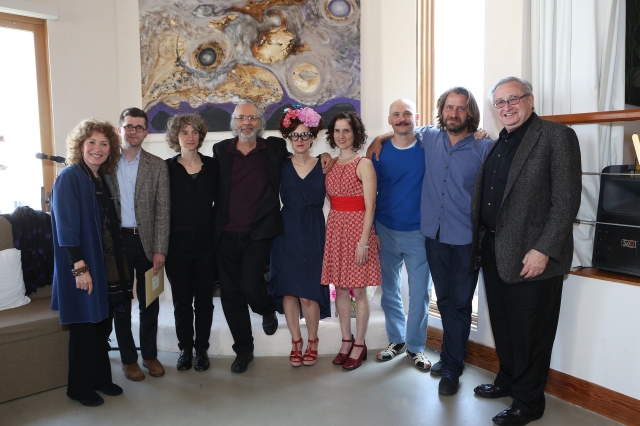 The Herb Alpert Foundation and CalArts have announced the winners of this year’s Alpert Award in the Arts. The five $75,000 grants are given to mid-career artists in the fields of dance, film/video, music, theater, and visual arts.

Julia Rhoads, the winner for dance, was a member of the San Francisco Ballet before founding the Chicago dance company Lucky Plush Productions in 1999. Her work combines theater, physical comedy, full-throttle postmodern dance and social commentary to wrestle with issues of gender, originality, appropriation and group dynamics. Rhoads is particularly interested in improvisation and presence in her choreography. “I want my work to breathe differently in every show,” she said. “Giving the performers permission to be responsive to the live circumstances is a way to reveal their vulnerability and humanity.”

Anthropologist, artist and filmmaker Lucien Castaing-Taylor received the award for film/video for documentaries that eschew narration altogether, instead taking the viewer into visceral, immersive and intimate investigations.

Alex Mincek, the New York City-based saxophonist and composer, was the winner in the music category. He is currently the saxophonist, bass clarinetist, and artistic director of the Wet Ink Ensemble, a contemporary music group he founded in 1998. According to Mincek, his music “frequently plays with the ambiguous relation between how various physical gestures and audible structures feed into and off of one another.”

Kelly Copper and Pavol Liška, who jointly won the award for theater, are co-founders and co-directors of Nature Theater of Oklahoma, a performance ensemble based in New York. The duo were chosen for “the scale of their theatrical ambition, their aesthetic innovation, and the way they systematically challenge and reinvent their artistic identity with each project,” according to Irene Borger, director of the Alpert Award in the Arts.

Artist and performer Sharon Hayes received the award in the visual arts section. Hayes’ artistic practice stems from a preoccupation with the nature of history and the power of public speech. “Her collaborative processes embody the Alpert Award’s dedication to engagement and generosity,” says Borger.

The Alpert Award in the Arts recipients received their awards at a brunch held on May 10th at The Herb Alpert Foundation in Santa Monica.