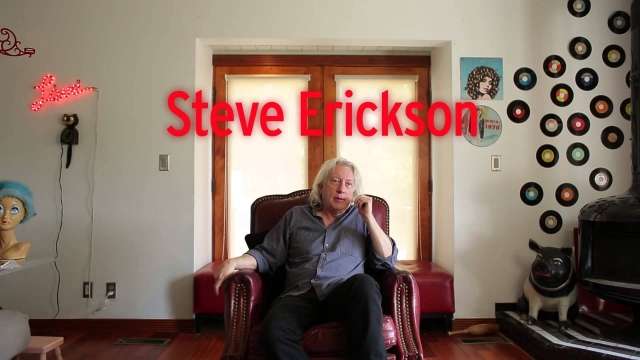 The City and Regional Magazine Association (CRMA) recently announced the recipients of this year’s City and Regional Magazine Awards. Among the winners is Steve Erickson–a member of the faculty of the School of Critical Studies’ MFA Creative Writing Program, founding editor of the literary journal Black Clock, and film critic for Los Angeles Magazine–who won the CRMA Award for Criticism.

Erickson has been writing about film for Los Angeles Magazine since 2001; he has also written for Esquire, Rolling Stone, Salon, and The New York Times Magazine. Erickson has written 11 books, including nine novels, most recently 2012’s These Dreams of You, which The New York Times describes as “the novel as fractal, a series of endless, astounding tessellations.”

Open Road Media recently released six of Erickson’s novels as eBooks, including the out-of-print Rubicon Beach, widely considered as Erickson’s breakout novel. Open Road Media also released the above video of Erickson talking about his stories-within-stories and how much value he gives perfection.