Exhibitions of two CalArtians open this week in Europe:

Judy Cohen, who changed her last name to Chicago in a rejection of patriarchal naming conventions, builds installations that examine the role of women in history and culture. She is best known for The Dinner Party, a massive installation of a triangular table on which rest dinner place settings for notable women throughout history, such as Emily Dickinson and Georgia O’Keeffe. In the ’70s, Chicago co-founded CalArts’ Feminist Art Program, along with Miriam Schapiro. 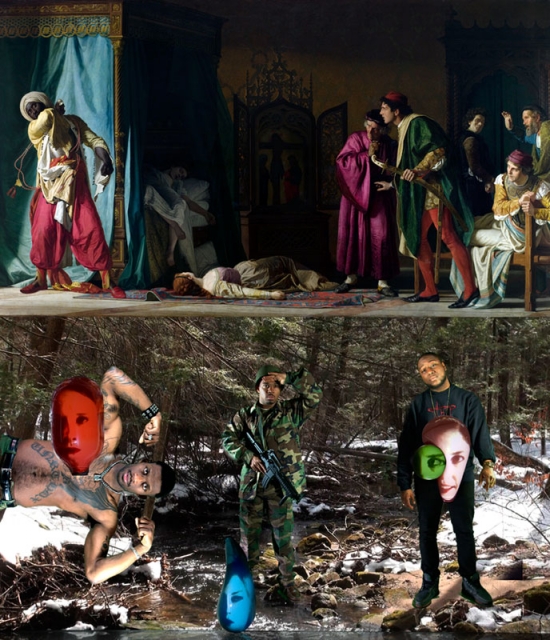 As part of the Venice Art Biennale, Espace Louis Vuitton presents a two-person exhibition Where Should Othello Go?  from June 1 through Nov. 24. The exhibit features Pompeo Molmenti’s The Death of Othello, which has been restored thanks to funding from Louis Vuitton. Installed across from the painting is CalArts alumnus Tony Oursler’s (Art BFA 79) strawberry ecstasy green, an audio-visual piece whose colors reference those in Molmenti’s painting.

Oursler is a multimedia artist whose works can take the form of low-tech expressionistic theater. “His idiosyncratic fictions are bizarre narrative odysseys through psychosexual delirium and the detritus and artifacts of mass culture,” according to Electronic Arts Intermix. Oursler’s work has been exhibited at The Museum of Modern Art and Whitney Museum of American Art in New York and the Centre Georges Pompidou in Paris.