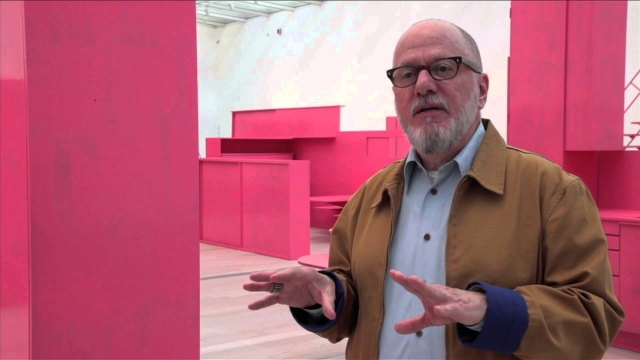 In the 1980s, while walking on La Brea Avenue, Stephen Prina (Art MFA 80) and fellow artist Christopher Williams (Art MFA 81, Music BFA 79) encountered a bright pink object on a storefront display. Upon closer inspection, the object turned out to be a built-in desk for a house designed by architect R.M. Schindler. The object had been removed from its context and presented as a stand-alone unit. Prina said of the almost three-decade-old encounter, “It appeared to us as an amputated limb.”

For As He Remembered It, an ongoing exhibition at LACMA, Prina used surviving plans and photographs of two now-demolished Los Angeles houses designed by Schindler to build copies of their unit furniture and lay them out on the exhibit floor, following the lines of the original walls. The result is a ghostly arrangement of 28 objects painted Pantone Honeysuckle 2011 Color of the Year, evoking a sense of architectural absence.

As He Remembered It is on view through Aug. 8. The exhibit is part of Pacific Standard Time Presents: Modern Architecture in L.A.

Above is a video of Prina discussing the exhibit. 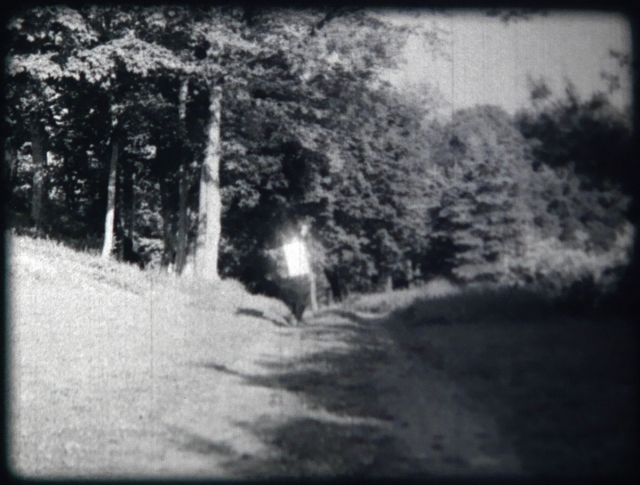 From Victoria Fu’s ‘Milk of the Eye,’ part of the group exhibition ‘Approximately Infinite Universe.’ | Photo courtesy of the artist.

The seventeen artists featured in the exhibition understand art as a vehicle for time travel, employing an array of mediums as means to move backward and forward through time. Their work re-visions fraught histories and en-visions utopian futures, with the effect of gaining insight into the complexities of the present. 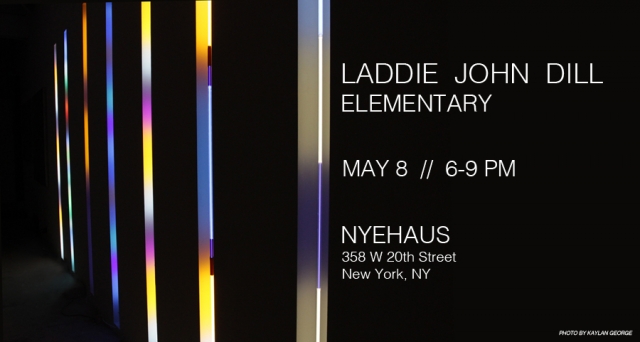 In Laddie John Dill’s (Chouinard BFA 68) Elementary (ongoing until July 26 at NYC’s Nyehaus) colored sections of glass tubing filled with gases of varying intensity are encased in individual containers and recessed into the wall. Chosen from Dill’s colored light series Light Sentences, the nine pieces offer a contrast from past exhibits, where the argon, neon, helium, xenon or mercury-filled glass tubings were displayed with industrial hardware, therefore almost diluting the colored lights’ effect by bringing into focus extraneous light projections on the wall. In this current iteration, “the compressed space intensifies and contains the light like a firefly cupped in one’s hands. It took addition to create the sense of subtraction,” according to the program notes.

Also on view are miniature sculptures composed of sand, light and glass. The panes of glass, arranged in an arc, glow blue at the edges.”They could be models for updates of Stonehenge, monuments for a new cosmic paganism,” notes The New York Times.

As He Remembered It, Approximately Infinite Universe and Elementary