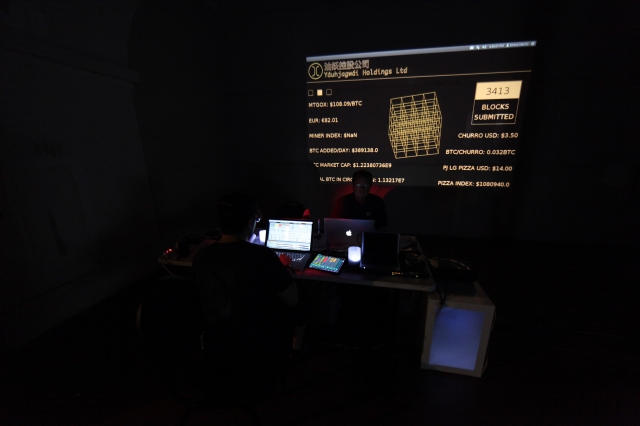 From June 13 through the 29th, CalArts School of Film/Video faculty member and alumnus Emery Martin (Film/Video BFA 08) curates an exhibit on the peer-to-peer cryptocurrency Bitcoin called Speculative: Futures, Origins, and Everyday Staples at a gallery in the historic Calle Olvera in Downtown Los Angeles.

Bitcoin, first described in a paper by a developer (or developers) with the pseudonym Satoshi Nakamoto, is a digital currency, protocol and software that enables worldwide payments over the Internet. Bitcoin, unlike traditional currency, is powered by its users and has no central authority.

The works seek to explore the feasibility of Bitcoin as a daily currency, the long-term future of the currency, its impact on monetary exchanges, nation states and food staples. Special presentations on the cryptocurrency and its relation to food staples along with sound performances are also slated, with the following schedule:

Speculative: Futures, Origins, and Everyday Staples is presented by Yáuhjagwái Holdings, a company interested in testing the staying power of Bitcoin as both a commodity investment and a viable currency.