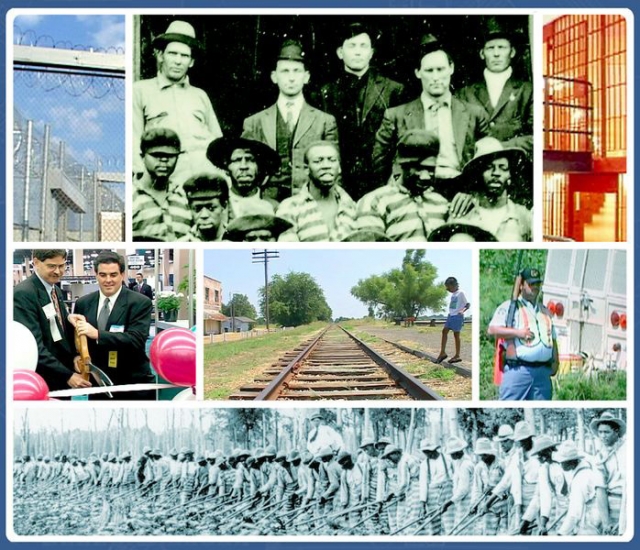 On Tuesday (June 18), artist, filmmaker and co-director of the CalArts Program in Photography and Media Ashley Hunt screens his 57-minute film, Corrections, at The Kitchen in New York. Presented by the Whitney Museum’s Independent Study Program, the 2001 film is accompanied by an introduction by writer Nathan Schneider.

The film is part of an ongoing interdisciplinary project The Corrections Documentary Project, in which Hunt investigates the institution of the prison, and more specifically, how incarceration helps structure and preserve racial and economic divisions within society.

The film looks at the privatization of the prison system, “exposing the conflict between for-profit corporations focused on pleasing investors and the communities which must deal with the consequences of high incarceration rates.” More from the Whitney Museum:

Probing further to explore links between political campaign strategies and the increasing penalties for nonviolent crimes, Hunt uncovers a complex system of desires and incentives that lie behind the growth of the American prison system. In the process, incarceration emerges as a means of maintaining the status quo in times of social change. At times darkly humorous and devastatingly pointed, Hunt reminds us of the ulterior motives that warp the rule of law to impinge upon freedom in the name of order, and the dangers of turning a blind eye to the consequences.

Schneider, who will introduce the film, is an editor of Waging Nonviolence and his writings have appeared in The New York Times and The Boston Globe, among other publications.

The Kitchen 512 W 19th Street, New York June 18, 6 pm Tickets: free of charge and open to the public; seats will be available on a first-come, first-served basis