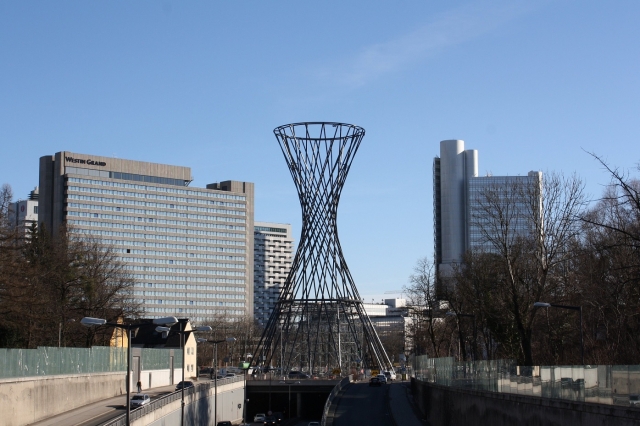 Kunstakademie Düsseldorf, an art academy based in Düsseldorf, Germany, recently named artist and CalArts alumna Rita McBride (Art MFA 87) as its new director, succeeding sculptor Tony Cragg, who served as director for the past four years.

McBride is best known for a 52-meter (171 feet) public sculpture at the Effnerplatz in Munich, pictured above. Titled Mae West, the sculpture evokes both the curves and freedom of the feminine form, while at the same time evoking a sense of restriction with the corsette-like shape at the “waist.” The sculpture was named after Mae West, the much-censored stage and movie actress of the ’30s, known for her bawdy double entendres.

McBride is the first female director of the Kunstakademie Düsseldorf, considered one of the most important art schools in Europe, counting acclaimed artists Joseph Beuys, Gerhard Richter and Andreas Gursky, among its alumni.