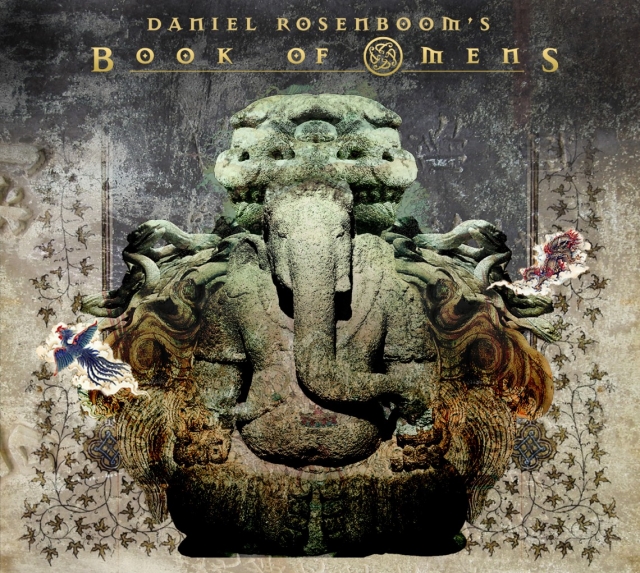 On Tuesday (July 9), trumpeter and CalArts alumnus Daniel Rosenboom (Music MFA 07) releases his new album, Book of Omens, on CalArts faculty member Vinny Golia’s Nine Winds Records label. Even before its release, the concept album—inspired by an original shamanic myth about the cleansing and reforming of a corrupted universe—is already receiving critical acclaim. Rosenboom and his band are celebrating the release with a show on July 12 at 9 pm at Art Share LA.

The record, which is Rosenboom’s 11th album as a leader or co-leader since 2005, is written predominately for trumpet and metal band. A follow-up to Rosenboom’s 2009 album Book of Riddles, the new release features Golia on woodwinds, guitarist Jake Vossler (Music MFA 08), bassist Tim Lefebvre and drummer Matt Mayhall (Music MFA 08). Rosenboom describes the music as “sort of like Bartok meets Meshuggah,” and notes on his Bandcamp page:

The album presents a new sonic zodiac, with 12 distinct chords representing 12 different symbolic “omens” or zodiacal signs, each chord governing the “harmonic astrology” for an entire piece, resulting in a suite of 12 pieces, bookended by a prologue and epilogue that state all 12 chords in succession.

The music is cataclysmic and chaotic, a terrifying sonic prophecy of universal destruction and rebirth. The aesthetics are undeniably metal, but Book of Omens is also expansive and deconstructive, an illustration of time and space falling into irreparable catastrophe, with moments of incandescent beauty amid violent bursts of raucous groove lashing out in their death throes.

A free advance download of the album is available on Rosenboom’s Bandcamp site (enter the following code: nqct-xxpc).

In recent years Rosenboom has performed as a session player for television, video games and big budget films such as Despicable Me, Hangover and G.I. Joe sequels, but has also performed live with the Los Angeles Philharmonic and joined multiplatinum selling artist Josh Groban on his 2011 world tour.