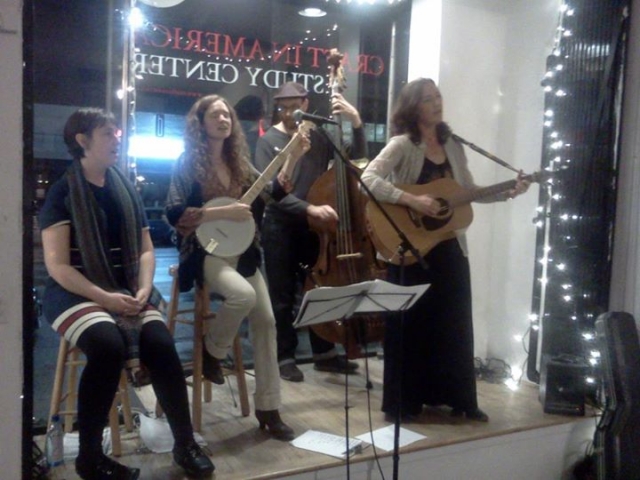 On Sunday (July 14) at 7 pm, Craft in America Study Center, an LA-based nonprofit organization dedicated to the exploration, preservation and celebration of craft and its impact on American cultural heritage, opens its doors for a show, Songs on a Sunday. The organization’s House Band, which features three Calartians, performs a selection of traditional songs and originals with their own folky spin. The set also includes songs from the PBS television documentary series, Craft in America.

More about the show from Rice:

[T]he show is a journey of traditional tunes—some old tunes, some new tunes that are on their way to becoming old tunes (Bruce Springsteen’s No Surrender, for example)—and some originals songs of mine (from an album that’s in the works) that feel right at home with the old tunes. Older tunes like Shenandoah, Lonesome Valley and Simple Gifts, sit right beside reworkings of old tunes (like the Water is Wide, which I rearranged not so much on purpose but just because that’s how it sounded in my head), and a cover of Woody Guthrie/Wilco’s California Stars.