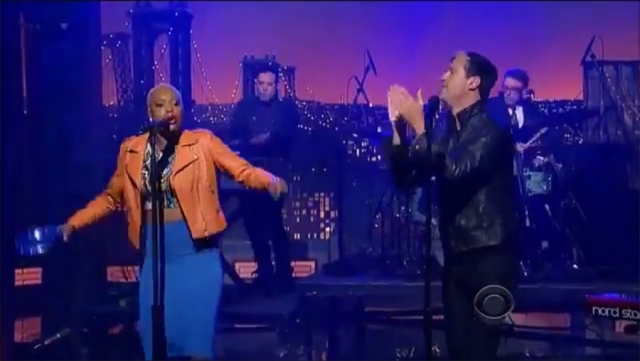 Their sophomore album More Than Just a Dream was released last May by Elektra Records. All Music’s Matt Collar calls it “an even more infectious, club-ready album… while still retaining all of the band’s organic soulfulness.”

Above, we posted the video of Fitz and The Tantrums  performing Out of My League on the Letterman show.