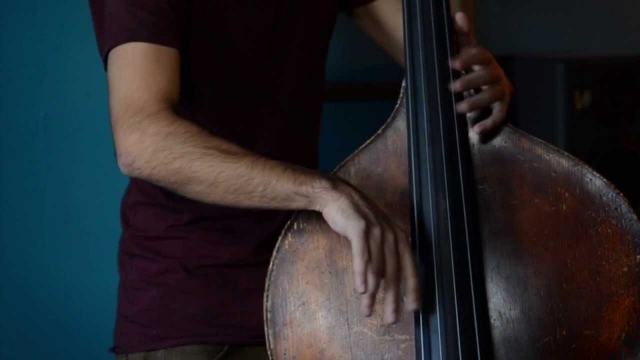 Though they have been often referred to as a “jazz trio,” the Brooklyn-based minimal acoustic group Dawn Of Midi (DoM) should perhaps not be classified as such. Today (Aug. 6), the band—drummer Qasim Naqvi (Music MFA 08), bassist Aakaash Israni (Music MFA 08) and pianist Amino Belyamani (Music 08)—releases their sophomore album, Dysnomia, via Thirsty Ear. The new record is a 47-minute, nine-movement continuous piece of music in which they precisely emulate looping minimal electronic music.

The title of the release refers to the furthest known moon in our solar system and each track/movement on the CD is also based on an orbiting body. In an Aug. 2 interview with Linda Wertheimer on NPR’s Weekend Edition, the band discusses how the album has one foot in each of the dance and classical music worlds.

Sonically, each musician uses techniques to mold their acoustic instrument into specific electronic sounds at various times during the record. For example, the pianist mutes some of the strings inside the piano with one hand in order to simulate a particular synthesized sound.

Practicing the rhythmically complex piece was intensive, as Israni explained:

Even though we play it note for note the same way, that’s not how we have internalized the music by counting the repetitions. There are a lot of cycles and audible sort of references in a piece that we can use as signposts along the path.

Probably in the last six to eight months before we went into the studio, we had maybe 150 rehearsals. We practice a lot.

Listen to the track, Algol, below or stream the entire album via the Wall Street Journal’s Speakeasy blog.