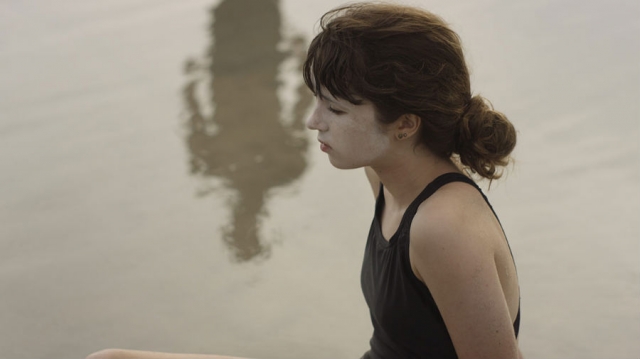 The Sundance Institute’s new Next Weekend micro-festival is a traveling extension of the Park City, Utah-based festival’s Next section, which typically screens adventurous films with bold approaches to storytelling. The first edition of Next Weekend is in Los Angeles now through Sunday with screenings, panels and artist events taking place at the Sundance Sunset Cinema and additional venues throughout LA.

One of the feature films selected to screen at Next Weekend is CalArts’ alumna Eliza Hittman’s It Felt Like Love, which premiered at Sundance earlier this year and was also included in the Tiger Competition at the Film Festival Rotterdam. The first-time writer-director—who was recently named one of 2013’s “25 New Faces of  Independent Film” by Filmmaker Magazine—has crafted a coming-of-age story around 14-year-old Lila.

To distract herself from a boredom-filled Brooklyn summer, Lila pursues an older boy and spins fables about their sexual experiences, leading to a dangerous turn of events. According to the Sundance program notes, the film “unflinchingly reveals some of the rawest moments of girlhood in an authentic story of burgeoning identity and sexual awakening.”

Working with Hittman on the film were two fellow CalArtians: Scott Cummins (Film/Video MFA 07) served as one of the film’s editors and Nathan Ruyle (Music/IM MFA 08) was the sound designer.

A special screening of It Felt Like Love takes place on Sunday (Aug. 11) at the Aero Theatre in Santa Monica, which is followed by a discussion with Hittman and members of the cast and crew, moderated by Sundance alumnus writer-director Catherine Hardwicke (13, Twilight and Lords of Dogtown).