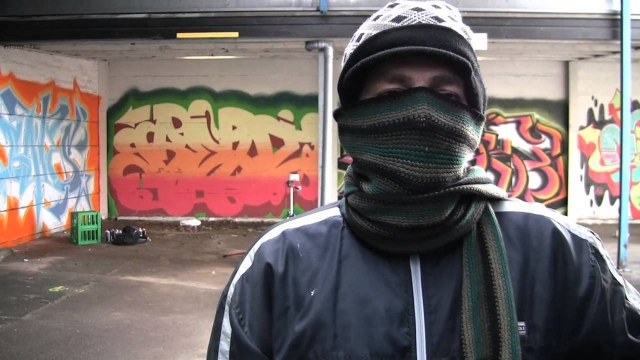 On Aug. 6, Cinedigm Entertainment released the global graffiti documentary Bomb It 2, by award-winning filmmaker, author and CalArts faculty Jon Reiss, to video on demand. “Going where no graffiti doc has gone before,” the film is a follow-up to his street art documentary Bomb It (2007) in which Reiss travels to Asia, Australia and the Middle East to explore local graffiti scenes and artists.

“I am continually inspired to explore the world’s vibrant graffiti and street art communities, which flourish in some of the most unlikely places such as Singapore,” says Reiss, “Wherever I go–from Perth to Copenhagen, to the West Bank and Tel Aviv–the need to express oneself in public is a constant, despite the potential risks.”

More about the film in a recent press release:

In the Middle East, Reiss talks with Muhnned Alazzh in the West Bank where Alazzh emphasizes the cultural and political significance of writing on the wall in Palestinian refugee camps.  In Jakarta, Indonesia, Darbotz paints his signature squid monsters in black and white, to distinguish them from the explosion of color on the Jakarta streets.  In Singapore, Reiss connects with street artists Zero and Killer Gerbil, who explain the paradox of doing graffiti in one of the most highly policed states in the world. Many countries visited for Bomb It 2 didn’t have much of a street art scene at all when the original Bomb It was shot back in 2004-2005.

Using an ultra compact camera and sound package, Reiss traveled by himself to artists representing a wide range of cultures, styles and beliefs, with Reiss functioning as producer, director, cameraman and sound person all at once on the film.  In the process of making the film, he climbed into sewers, visited red ant infested buildings and fractured his ankle in an Estonian hall of fame.

Earlier this year, Bomb It 2 premiered in various locations in North America, Asia, and Africa, with more screenings in Hong Kong and South Africa this summer. Now the film is available on demand via iTunes, Amazon, Vudu, Xbox, Google/YouTube and the Bomb It 2 website.  Hulu, Netflix and DVD releases are to follow in September and October.

Above is the trailer for Bomb It 2.