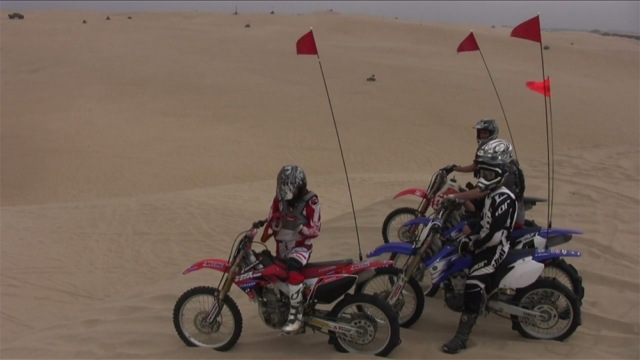 Still from Uta Kogelsberger’s ‘Off Road.’

In the commodity culture of eighteenth-century England, miniature dogs and porcelain shared the classification of imported “toys” and “curios.” The pug and the King Charles spaniel were both East Asian breeds of dog brought to England and domesticated, becoming favoured symbols of national culture; they were then rendered into porcelain miniatures that were regularly commissioned and reproduced in China and sent back to England. Techniques of miniaturization in the plastic as well as the biological arts were developed in tandem, and the interrelated identities of these “Oriental” animals and objects reveal the miniature to be a cross-cultural phenomenon tied to new technologies of modelling life.

Art critic Courtney Malick’s “To Be Announced” explores the works of emerging artists in the context of a world constantly in rebirth by virtue of the impermanence of technology. Malick describes it as a critique of “our current moment as one within which we are seeing a long, gradual process of cultural and environmental destruction. This destruction, like that of a forest fire, can be understood as a catharsis of sorts, through which outmoded beliefs and systems of communication and identification may be obliterated, thus creating a clearing upon which new ways of life can begin to be built.”

Below is Ivana Basic’s Automata, one of the works Malick dissects in her essay. Automata shows the breaking of an object when no one is looking. Once a person approaches, the mechanisms for destruction stop, therefore the performance of destruction lengthens as more people interrupt the process.

Photographer Uta Kogelsberger shoots a 22-minute video at a state vehicular recreation area on the coast of California in Off Road, exploring the area’s role as a “pocket of freedom,” a place where people escape everyday life to live out fantasies of autonomy.

Kogelsberger writes of the project:

This is a location full of inherent contradictions: on the one hand it has a strong social function of acting as a place that—through something as simple as a shared interest—cuts through class and social boundaries.

Juxtaposed to this social role there is the [problem] of the damage that is done to the environment through [its] current use, which results in [a] constant threat of closure. Equally I am fascinated by the amount of energy that goes into something that seems to be a futile occupation.

Along with the video projection, “Off Road” also includes a slideshow of photographs with voice over interviews of the recreation center’s frequent visitors, three more sculptural video objects and an interview with Tom Leeser, director of CalArts’ Center for Integrated Media and Art and Technology Program.

In addition to these three initial offerings, Viralnet.net collaborates with Centre for the Living Arts in Mobile, Alabama for its exhibition Future Projects, a show that runs for nine months and explores future possibilities for the Gulf Coast.