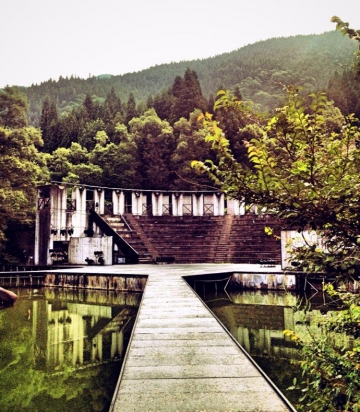 The Amphitheatre at Suzuki Company at Toga (SCOT) in western Japan.

I gingerly slipped my feet into the cold river water and watched the tadpoles scatter. Cramping from arch to heel. I had been in training in Toga for only a few days—enough to feel weak in places I thought I was strong and strong where I thought I was weak. I had come to study the Suzuki Method of Actor Training at its source—with Suzuki Company of Toga in rural Japan—amongst a small group of artists selected from around the world that also included my CalArts colleague Alexander Demers. Under the mentorship of MFA Directing student Kameron Steele, a long-time member of SCOT and Master Teacher, Alexander and I had practiced the method in the context of our work at CalArts for the past two years. For those unfamiliar with Suzuki training, it requires that the performer work with great discipline to execute a series of extreme physical forms designed to cultivate focus, energy and control. It is demanding work that Suzuki describes as a test of the will, a standard against which to measure the skills of a performer, and a mirror for the soul. It is all of these things.

I have never been challenged to inhabit the act of performing quite like this. The Suzuki Method permits no escape routes for the mind. It offers only one option: to hunker down into a Zen-like contract with the self—a commitment to commit, and a promise to “live in the question” as Kameron says. On this day, I was so sore I might at any moment bare my teeth like a wounded animal. My intellect questioned the purpose of striving for perfection when less will usually suffice. I was swimming in thoughts of future dreams and past mistakes, of mortality, and of the daunting prospect of returning to the fresh slate of my post-graduate life in the beautiful mess of Los Angeles. I envisioned floating down the river and disappearing forever into the haunted wilderness. Yet I dragged myself back to the rehearsal room. I would will extra strength into my body and imagine perfect forms, knowing mine were nowhere close. As I walked, I let the Toga mountains hold me in this place of suspension, and tried to trust in the silent cooperation of forces that brought me here. 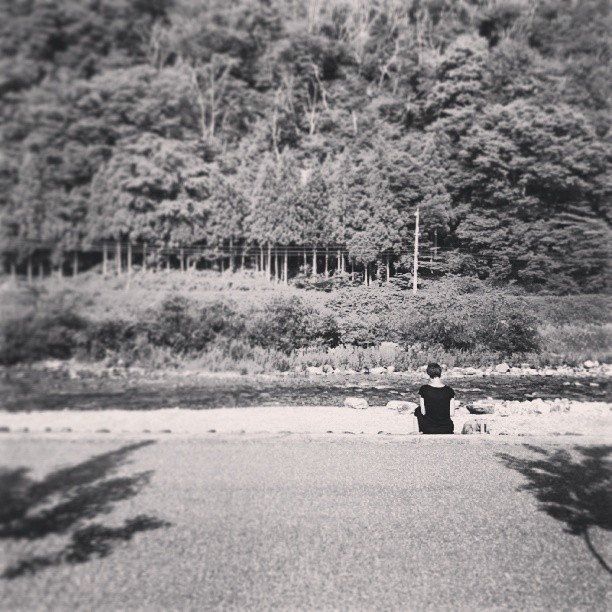 Leah at the river in Toga Arts Park.

Faith has an indispensible role in theatre making—it is the source of strength needed to endure an artistic life. It is also the foundation of our compassion, our capacity for poetry, and our freedom from a life of violent acts against the self and others. From faith comes commitment. How often do we have the opportunity to concentrate all of our efforts—of the heart, soul, mind and body—towards a single goal? To try to love a thing more in the moments that we hate it? The pervasive trend nowadays appears to be that, on a constant quest for the acquisition of “more”, “better”, and “different”, we assert ourselves through consumption and rootlessness guised as diversification. Advertising assumes we all agree that life should be easier, and that pain is bad. It is easy to be attracted to the outward form of the Suzuki Method—to enjoy the physical exhilaration and artifice of the practice—without foreseeing its inner challenge, which is to commit, and to keep searching for theatre in a way that makes us feel lost and broken, yet continue on to discover what lies beyond.

Suzuki’s philosophy, his company and their artistic enclave, are all things to see oneself juxtaposed against—things that serve as measuring sticks for one’s outer skill and inner consciousness by nature of their consistency. Considering oneself from such firm standpoints is uncomfortable. It makes one’s individual eccentricities seem irrelevant and indulgent. In the un-doctrinated and abandoned environment of CalArts, it was my individuality that was celebrated. CalArts freed my artistic voice from years of doubt and censorship—something I do not take for granted. But the very act of theatre depends on individuals who are willing to quiet the ferocious assertion of their identity in order to operate as part of a group, and work towards a goal that is greater than the self. Suzuki asserts that in modern performers, our sense of spatial relationship is dulled, resulting in bodies that do not instinctively know how to work together onstage. Our individualism is both mental and physical. Our training must combat both, if we are to elevate the theatre we make and become more than just entertainers. 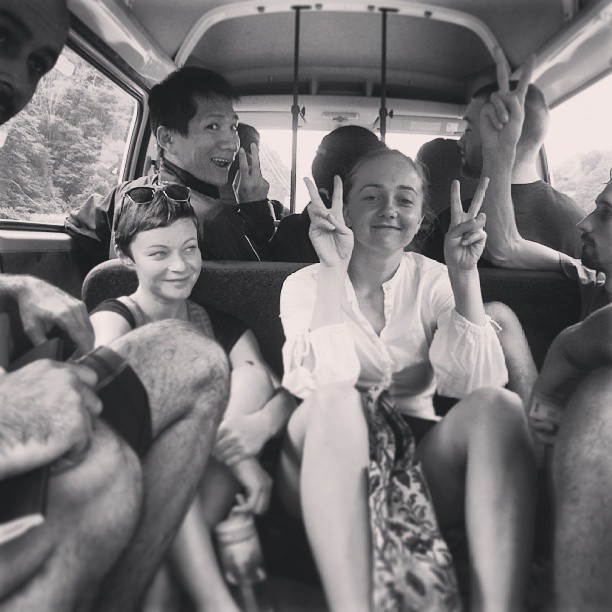 Most theatre, and certainly the vast majority of film and television, is like a bad relationship between the director and the audience where both are content to continue in a mundane routine of “I’ll ignore your flaws if you ignore mine” and neither is willing to say anything in particular for fear of being wrong. Over the past few years, I have grown confident and impatient about the kind of theatre I want to make: potent physical and textual experiences that transcend the language of daily life and compel artists and audiences alike to examine the human condition. “This is it,” I thought, when I was accepted to CalArts. “This is it,” I thought, each time a role brought me closer to the kind of intensity I was seeking. “This is it,” I thought, when I was accepted to the SCOT program. But upon leaving Toga, as the bus rattled down the mountain faster than our reluctant hearts could handle, I realized I had spent the past three weeks mourning the loss of “it”, because I had placed “it” at the end of a never ending road to achieving the perfect Suzuki stomp or statue. I needed to re-define my relationship to “it”. “It” is in me—and is also something beyond me, to be forever sought after, feeling lost and broken along the way.

I left Toga confused, tired, the world appearing to me in an unfamiliar arrangement of things. It was not a warm feeling. I did not feel like I had succeeded or failed. I did not even know if I had met my own expectations. I was only full of questions: “Did I make the most of my time here? How do I know? Am I supposed to question my own need for affirmation or sense of accomplishment? Will I return?” I stand juxtaposed not only against the forms, not only against these fierce, kind, devoted performers, but also against my own ideals. I see my vices, my excuses, my distractions, my stories, my habits, my weaknesses, the times I am vain, wasteful, lazy, or selfish. The times I sabotage myself.

And I knew the work was leaving with me.