REDCAT, CalArts and Center Theatre Group (CTG) turn Downtown Los Angeles into a hotbed for contemporary theater with the Radar L.A. festival, which officially runs from Sept. 24 through Oct. 1. Now in its second installment, the festival brings together 18 productions from some of the most influential performing ensembles from around the world, along with similarly innovative contemporaries in LA.

Most of the performances in the festival are centered around Downtown Los Angeles in venues that are walking distance from each other, providing guests the added opportunity to explore the city’s core. In addition, three historic theaters in the Broadway Theatre District open their doors for the festival: The Tower Theater, Palace Theatre and Million Dollar Theater.

Kicking off the festival is writer and activist Luis Alfaro’s autobiographical St. Jude. In the play, Alfaro relates memories of his youth in order to go from “what I am to who I was.” Sharing St. Jude’s director Robert Egan is Trieu Tran‘s Uncle Ho to Uncle Sam. In this “harrowing” autobiography, Tran relates his journey from communist North Vietnam to a North America that wasn’t as welcoming to immigrants as he had hoped and expected.

Writer and director Mariana Villegas also performs her autobiographical work Se Rompen Las Olas (Breaking the Waves). Other similar works of documentary theater at Radar L.A. include Lola Arias’ El Año En Que Nací (The Year I Was Born), a show that brings to light Chile under Pinochet rule through the recounting of the family history of 11 Chileans born during the dictatorship; and Hospital, a collaboration between Skid Row-based performance group Los Angeles Poverty Department (LAPD) and Netherlands-based collective Wunderbaum, which, according to the program notes, “shrewdly sends up a genre while its cast of actors and non-actors alike create a hallucinatory exposé of free market healthcare and seek alternatives for its future.” Former CalArts faculty member Roger Guenveur Smith performs the gripping Rodney King, based on the life of the man whose beating at the hands of police precipitated the 1992 LA Riots. A 10-member ensemble of Maori women take the stage in the avant-premiere of Stones In Her Mouth, created by Lemi Ponifasio and his New Zealand-based company MAU. 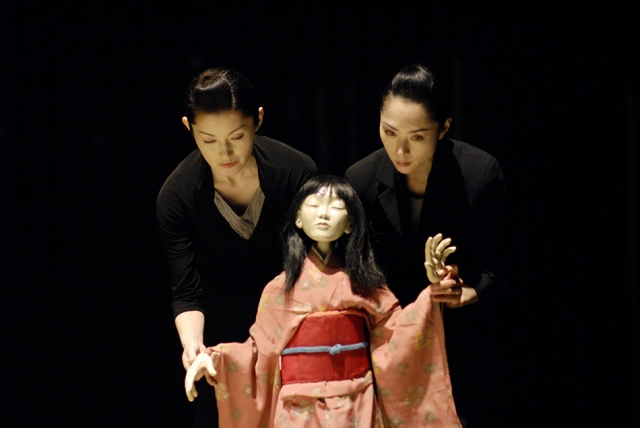 The ancient practice of puppetry is not only revived, but is also breaking new ground in four performances. New York City-based puppeteer Basil Twist offers bamboo thickets, sly foxes, soaring bridges and dense cityscapes on hundreds of handpainted screens while Yumiko Tanaka accompanies live on shamisen and other traditional Japanese instruments in Dogugaeshi. Clouded Sulphur merges Bunraku and other forms of puppetry with visual installation, projection, text and music to dig into the emotional terrain that surrounds the unsolved abduction and murder of a 15-year-old girl. Complicité and Setagaya Public Theatre stages the West Coast Premiere of Shun-kin at Freud Playhouse in UCLA. Based on the texts of Jun’ichiro Tanizaki, Shun-kin explores the connections between beauty and violence in what The Guardian says is “one of the company’s finest achievements.” Dennis Cooper collaborates with Giséle Vienne and Jonathan Capdevielle in Jerk, based on Cooper’s 1993 novella about Dean Corll, the serial killer responsible for killing at least 28 teenage boys in what came to be known as the Houston Mass Murders.

Los Angeles itself becomes the stage in two theatrical performances that employ urban intervention. Manuel Orjuela takes audiences to three separate locations in DTLA in a new translation of Rodrigo García’s You Should Have Stayed Home, Morons. In Sometimes I Think, I Can See You, Mariano Pensotti sends multiple writers out in Grand Central Market where they write fiction using audience members and passersby as characters. The writers’ laptops are simultaneously projected on screens for all to see.

Teatro de Ciertos Habitantes exposes the inner workings of theater and the obstacles and fears that descend on any production in El Gallo. In the play, the audience is taken through the whole process of a group of performers putting on an opera together, singing, dancing and talking—all in an invented language.

David Roussève’s Stardust mixes dance and video installation to redefine the coming-of-age story for the digital age. The protagonist, a gay African-American teenager, never appears onstage and only makes his presence known through unanswered texts and tweets. Dancers unleash a full-bodied expression of the boy’s emotional states to the songs of Nat King Cole and original hip-hop music by d. Sabela grimes. 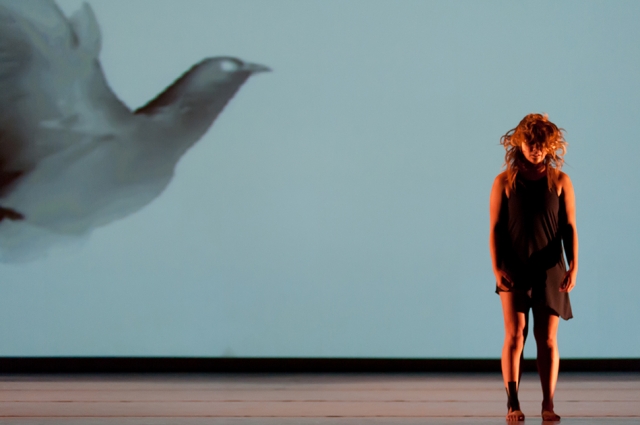 While Stardust lets the audience imagine a world off-stage, in Timbre 4’s Tercer Cuerpo (Third Wing), space collapses into one compact, almost claustrophobic theater. Three employees in a cramped outmoded office struggle with their mundane routines and a mounting desire for love and meaning.

Along with the roster of performances, talks and workshops will be held in partnership with LA Stage Alliance. A two-day Professional Symposium also offers theater professionals the chance to explore crucial topics in the evolving field of contemporary theater.

From the Radar L.A. press release:

The expanded festival builds on the momentum and success of the first Radar L.A. 2011 Festival, which the Los Angeles Times called “…a glorious convergence of contemporary performance. The inaugural theater festival offers fleeting encounters with cockeyed universes. In other words, it was a resounding success. As a renewal of theatrical possibility and as an expander of audience sensibility, Radar L.A. is an invaluable addition to the city’s cultural ecology.”

For the full schedule of performances, visit the official Radar L.A. page.