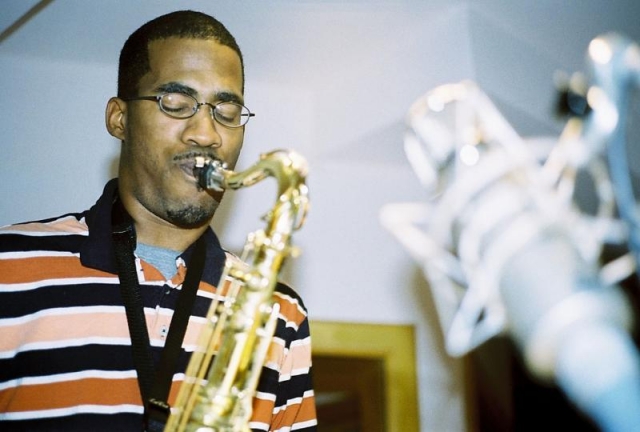 Included on the Ebony short list is CalArts’ own saxophonist and composer James Brandon Lewis (Music MFA 10): “For many, the sax is jazz. And for modern times, this Howard University grad holds it down. Just one listen to his 2010 debut Moments proves the point,” writes the critic.

Below is a track Lewis composed for the CalArts Jazz CD 2010, titled I Remember South Africa, which was recorded at Capitol Records:

In a 2012 All About Jazz article, Lewis was asked about his teachers/influences and cites several current and former CalArts teachers, including Wadada Leo Smith, Charlie Haden, Alphonso Johnson, Paul Novros and David Roitstein, among them.