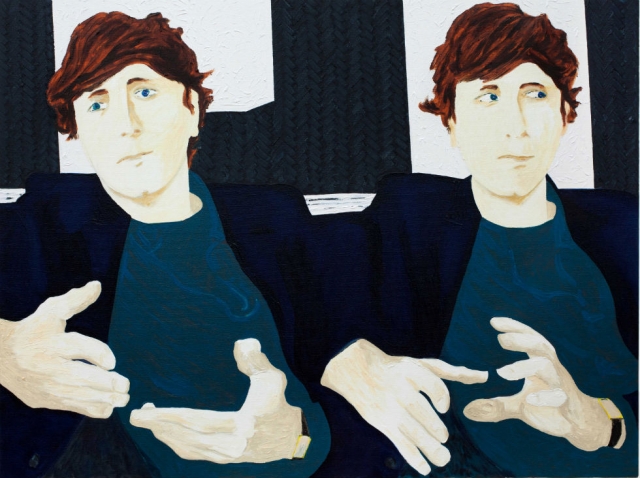 Thomas Lawson’s portrait of Hedi Slimane is in this month’s ‘Vogue.’ | Image: Courtesy of the artist

One of the features in the latest issue of Vogue magazine focuses on Hedi Slimane, the controversial creative director at the house of Saint Laurent Paris. Vogue asserts that Slimane is shaking things up in the fashion world: “Marrying L.A. rocker cool with breathtaking Parisian craft, Hedi Slimane’s first collections as the creative director of Saint Laurent have thrilled and scandalized in equal measure—just how Yves would have wanted it.”

To illustrate the article—Hedi Slimane Thrills and Scandalizes as Creative Director of Saint Laurent—Vogue contributing editor Dodie Kazanjian tapped Thomas Lawson, artist and dean of the School of Art at CalArts, to paint a portrait of the designer. Said Lawson via e-mail: “I think they wanted an LA artist to do the portrait because he [Slimane] has made something of a deal about moving here.”

The Vogue piece, written by Nathan Heller, acknowledges that when Slimane took the job at Saint Laurent last year, there was an implied understanding that its new head would work both from his home in Los Angeles as well as Paris—a decision that’s turned the heads of quite a few fashionistas.