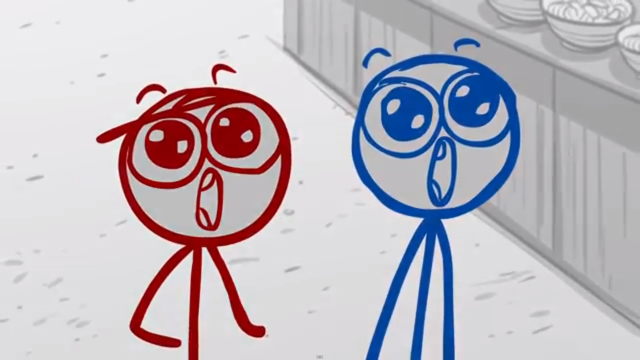 In 2010, Dick Figures, an animated web series following the comic experiences of two juvenile stick figures, Red and Blue, has tallied 49 episodes and more than 350 million views on YouTube, making it one of the most popular animated web-series to date.

The film, which is still on the Animated Comedies bestseller lists on iTunes, Amazon and Google Play, utilizes a distinct distribution model. Dick Figures: The Movie is currently being released in 12 chapters over 11 weeks on the Mondo Media YouTube channel, with each chapter preceded by ads. For viewers who don’t want to wait a week for each episode to be released and want to forego the commercials, they have the option to rent or download the full feature on a number of platforms.

To cover the initial costs of the project, co-creators Ed Skudder and Nick Keller raised more than $313,000 in crowdfunding for the feature project on Kickstarter last year.

Read more about the origins of Dick Figures on Mashable.