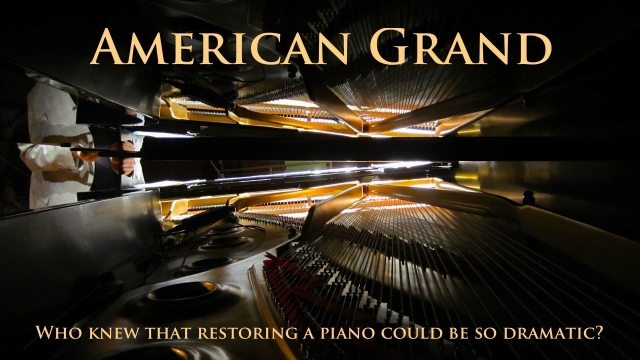 Directed by veteran filmmaker Harry Bromley-Davenport, the documentary takes place in the shop of Richard Davenport, renowned piano doctor for Hollywood film studios and concert halls. American Grand  provides insight into how pianos tick as well as introduces viewers to characters who’ve made building, repairing and caring for pianos their lives’ work.

Eder describes the film in a recent email:

Come see the innards of a piano being totally reworked like you’ve never seen them before, by an intriguing cast of characters who are as passionate about attending to the details of their work as they are committed to enjoying themselves in the process. … Harry’s camera work is superb, and the way he has sculpted countless hours of raw footage into the tale told is daunting. This is info-tainment at its finest!

CalArts benefactor and recent National Medal of Arts recipient, Herb Alpert, is also mentioned in the film, as the crew follows Davenport as he works on pianos at Albert’s Vibrato Jazz Club in Bel Air as well as other venues. The doc also features piano works by composers, ranging from J.S. Bach to Irving Berlin, as performed by 14 international pianists.

A trailer for the documentary is posted above.