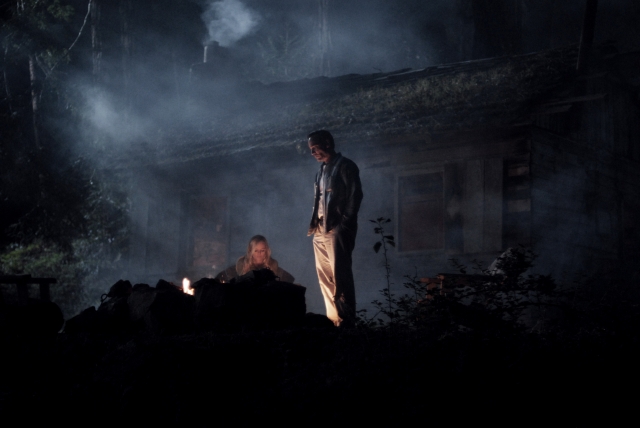 CalArts alumnus Michael Polish (Art BFA 92) has established himself as a true indie filmmaker, bringing varied projects to the screen, at times outside of the major studio system. (His 2011 film For Lovers Only, which his twin brother and frequent collaborator Mark Polish wrote and starred in, was shot only with an SLR camera, and without using artificial lighting in any scenes, except for an iPhone light).

Polish’s latest project, Big Sur, arrives in theaters this week. Adapted from one of Jack Kerouac’s last novels, Big Sur follows Kerouac’s alter ego Jack Duluoz as he travels to poet Lawrence Ferlinghetti‘s cabin to escape his sudden fame and fortune after the success of his seminal Beat Generation novel: On the Road.

“I was a big fan of the place, and Big Sur was my favorite Kerouac novel,” Polish said recently during a phone interview from New York, where he was prepping for the film’s Oct. 28 NYC premiere. It felt the most autobiographical, and it’s one of the best accounts available chronicling his mental breakdown. It felt very authentic in that way.”

The film, which stars Jean-Marc Barr as Kerouac, is both meditative and maddening, which is exactly what Polish intended.

“Most of my films have been heavily composed,” he said. “Photography has always been at the forefront of things I shoot, but in this film in particular, because it was Big Sur and I felt it needed to be a character in the film. And it needed to have space and time for people to absorb what it was like to have the environment mimic what was going on inside Kerouac at the time.”

In a review from a Sundance screening earlier this year, Variety’s Guy Lodge noted that “Michael Polish’s ‘Big Sur’ offers an elegantly muted take on the midlife ennui of Kerouac’s autobiographical 1962 novel. A typically atmospheric effort from the ‘Northfork’ director — here working without twin brother Mark — this oblique, episodic study of a writer (Jean-Marc Barr, effectively if unexpectedly cast) seeking refuge from his own success is strictly an arthouse proposition, but should stimulate Kerouac and Polish acolytes alike.”

It may surprise some to note that Polish was not a film student at CalArts. He was enrolled in the School of Art’s Visual Communications program, which evolved into Graphic Design during Polish’s first year.

“[When Visual Communications changed to Graphic Design] I felt that maybe I got stuck into something [which was] heavy classical training in graphic design that I thought I would rebel against in my second year.

“But I just went with it, and it ended up giving me a lot more of a background than I ever imagined. It was a great way of teaching the eye to see and it was a lot more than I could have wished for,” Polish added.

While Polish mentions faculty such as Lorraine Wild, Eric Martin and others as unofficial mentors, he also cites Laurel Beckman as an important influence. “She had a really great way of looking at things and is a very kind person. “She didn’t have an agenda for kids—she just wanted to see the students do their best thing and tap into what they wanted to do.”

It wasn’t until his last year at CalArts that Polish began his foray into film. He made a couple of short films after graduation, working with fellow CalArtian David Mullen (Film/Video MFA 91), who has worked as director of photography on several of Polish’s projects, including Big Sur. Polish also often collaborates on music for his films with fellow CalArts alum Kubilay Üner (Music MFA 91). [“Mullen and Üner] are two super-talented geniuses that came out of CalArts,” he said.]

When asked for words of advice for current students midway through the semester—and in the thick of projects—Polish’s message is plain and simple: “It’s a valuable school…Do not quit. Don’t quit.”