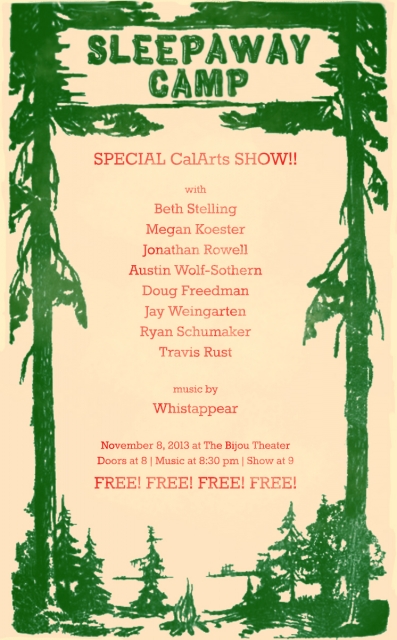 The comedy ensemble, which formed this summer, has been performing free shows on Tuesday nights at the Downtown Independent Theatre. The group has featured many special guest comedians, from Maria Bamford and Marc Maron to Tim Heidecker. Jiroudek and guitarist Alex Bica (Music BFA 17) have also music directed past shows as well.

Wistappear is finishing its debut EP and will perform at Jiroudek’s recital at CalArts on Nov.15 as well as the House of Blues in Los Angeles on Dec. 4. Listen to their track, Extra Mile, below: