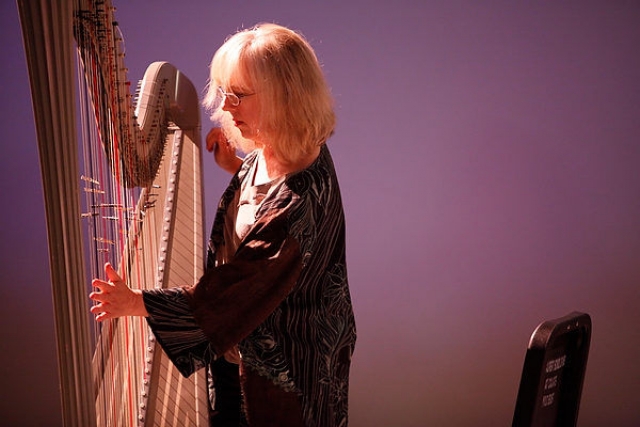 Tonight (Nov. 14), The Herb Alpert School of Music at CalArts faculty Anne LeBaron premieres three of her works at Roulette in Brooklyn. The performance is part of the 25th anniversary of the venue’s Interpretations Series, a program that features the musical avant-garde.

LeBaron performs with the Flux Quartet in the world premiere of Breathtails, a song cycle in 13 breaths. The piece features the shakuhachi, a Japanese end-blown flute, and a libretto by the poet Charles Bernstein. In addition, Guanajuato-based pianist Ana Cervantes performs two compositions that she has commissioned from LeBaron: the US premiere of Creación de las Aves and the New York premiere of Los Murmullos.

In an interview with Interpretations’ blog, LeBaron comments on her work, saying “If there is a common thread among these operas, or an over-arching theme, perhaps it would be mortality (of humans and other life forms).”