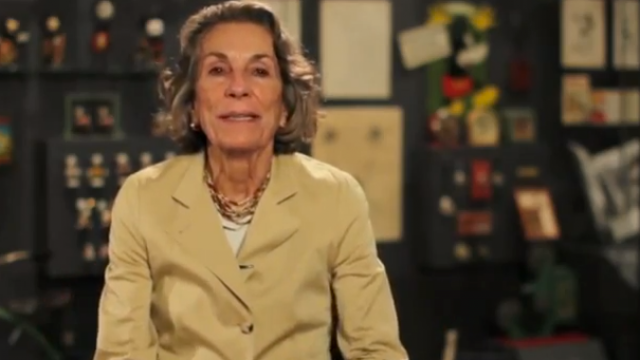 Mrs. Miller was a key stakeholder in the building of the Walt Disney Concert Hall (WDCH) in Downtown Los Angeles, also home to REDCAT—CalArts’ contemporary space for innovative visual, performing and media arts.

The longtime philanthropist is credited with helping architect Frank Gehry stay on the WDCH project when conflicts arose among organizers. Mrs. Miller stepped in and said that the remaining funds from her mother Lillian B. Disney’s original $50 million gift could not be used unless Gehry remained onboard. More than 15 years later, it’s hard to imagine Downtown LA’s skyline without the undulating curves of the Walt Disney Concert Hall.

Mrs. Miller most recently chaired a gala in Los Angeles in September to commemorate the opening of the hall’s 10th anniversary.

In addition to championing  WDCH, she also was instrumental in creating the Walt Disney Family Museum in San Francisco, which opened in 2009.

In her obituary, the Los Angeles Times writes of the aforementioned projects:

Like many achievements in her life, she tied her work on the hall to her feelings for her father.

“I wanted something that would bear my father’s name, that would come from his wealth but not be commercial,” she said. “That would be just a wonderful thing for the city, for the spirit, for the soul.

“I think we achieved that.”

Mrs. Miller is survived by her husband of 60 years, Ron, her seven children, 13 grandchildren and one great-grandchild.

In the 2012 video posted below, Mrs. Miller talks fondly about her father, favorite Disney characters and more: