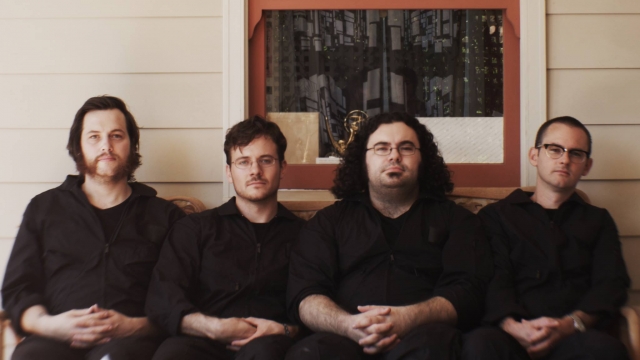 The concert is the culminating performance of a six-day workshop led by members of the International Contemporary Ensemble (ICE) and Pulitzer Prize-winning composer David Lang. This workshop, which the ensemble attended, focuses on the dynamic process of collaboration between composers and ensembles as they prepare new works commissioned by Carnegie Hall.

Valitutto spoke about the experience via telephone:

It gives us an opportunity to have an almost leisurely time to put a lot of attention and energy into such a fantastic work that Nick has written specifically for us. I feel like it is actually a very substantial and genuinely great contribution to the repertoire which already exists for gnarwhallaby’s instrumentation. ICE is a fantastic ensemble and we received feedback from all of its members, which is helping to bring the composition to an even higher level than we had already brought it before we arrived.

gnarwhallaby’s first full-length album, Exhibit A, will be released on Populist Records in early 2014. The album features some of the original, formative repertoire written for the instrumentation by Henryk Górecki, Morton Feldman and Edison Denisov; some lesser-known composers Włodzimierz Kotoński, Steffen Schleiermacher and Zygmunt Krauze; as well as composers whom the ensemble knows personally: Marc Sabat and Deyoe.

Below is a composition written in 2012 by Bernardo Barros titled Catastrophe, performed by gnarwhallaby:

Listen to more work performed by gnarwhallaby on its website.