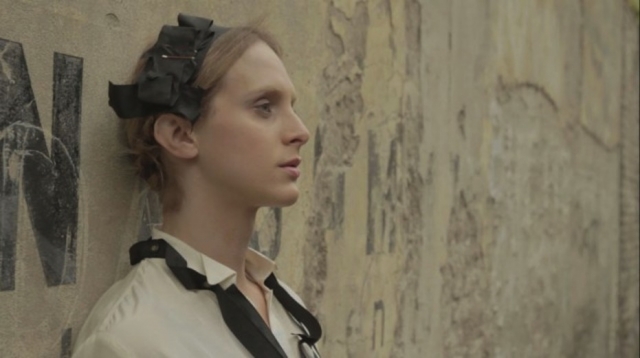 Among the CalArts alumni selected for the 2014 Whitney Biennial are Zackary Drucker and Rhys Ernst. Still from ‘She Gone Rogue,’ 2012. Courtesy the artists and Luis De Jesus Los Angeles.

Last week, the Whitney Museum of American Art in New York announced the 103 artists selected to participate in the 2014 edition of the Whitney Biennial—the 77th in the museum’s ongoing series of annuals and biennials began in 1932 by Gertrude Vanderbilt Whitney.

Among the names were a number of CalArts alumni and former faculty members:

Works by former faculty members Morgan Fisher, Jade Gordon (of My Barbarian) and the late Allan Sekula will also be included in the Biennial, which takes place from March 7 to May 25.

The Biennial’s three curators, Stuart Comer (Chief Curator of Media and Performance Art at MoMA), Anthony Elms (Associate Curator at the Institute of Contemporary Art, Philadelphia) and Michelle Grabner (artist and Professor in the Painting and Drawing Department at the School of the Art Institute, Chicago), are each overseeing one floor of the museum, “representing a range of geographic vantages and curatorial methodologies.” Whitney curators Elisabeth Sussman and Jay Sanders, who were responsible for the 2012 Biennial serve as advisors on the current project.

The 2014 Biennial is slated to be the last to take place at the Whitney’s Madison Avenue and 75th Street location. The museum moves to its new building, designed by architect Renzo Piano, in downtown Manhattan in 2015.