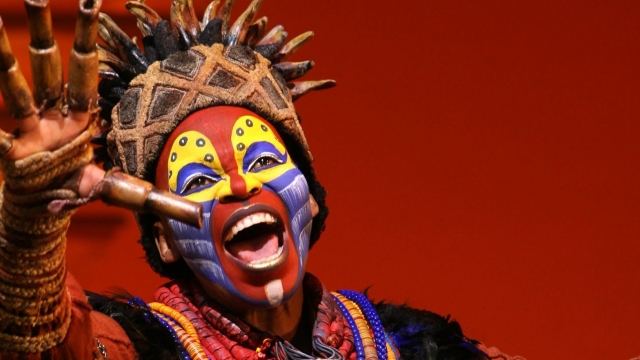 CalArts School of Theater alumnus Ben Lipitz (Theater 84) reprises his role as Pumbaa in the touring production of Disney’s The Lion King, playing at the Pantages Theater in Hollywood through Jan. 12, 2014. Lipitz played the role in the musical’s Broadway production.

The Lion King, adapted from the 1994 film and now in its 15th year, follows the young cub Simba through exile and his eventual reclamation of his place as the king of the jungle. While exiled in the forest, Simba meets the warthog Pumbaa and the meerkat Timon, who guide him through his self-discovery. The duo popularized the phrase hakuna matata, meaning “no worries” in Swahili.

The production features actors in animal costumes, shadow puppetry and bunraku. It is directed by Julie Taymor and features music by Elton John and Hans Zimmer, including memorable songs The Circle of Life and Can You Feel the Love Tonight? The musical has garnered numerous accolades, including Tony Awards for Director, Set Design and Costume Design. The New York Times says, “there is simply nothing else like it.”