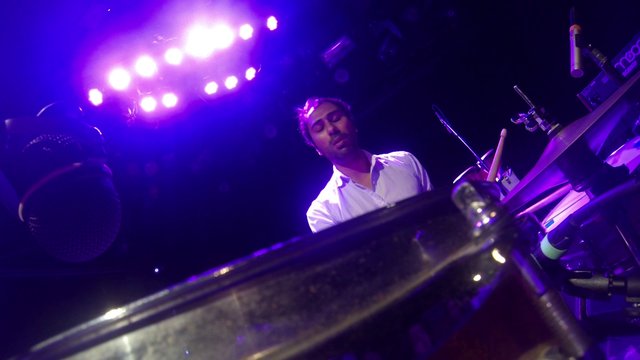 As each year draws to a close, it officially becomes “Best of…” list season.

Dawn of MIDI, which released its second album, Dysnomia, in August, was also included in NPR Music’s 50 Favorite Albums Of 2013.

Holter’s third record, Loud City Song, made Frere-Jones’ list. As we posted last week, she composed a new work that was premiered by the LA Phil on Dec. 3.

Above, Dawn of Midi performs live at Le Poisson Rouge in New York on Oct. 10. Below, Julia Holter explains the inspiration behind her new album to NPR’s Jacki Lyden on Aug. 26: