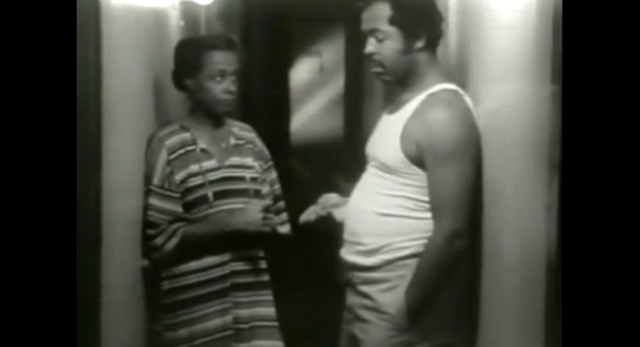 Each year, the Library of Congress selects 25 films to join the National Film Registry, which ensures the works’ preservation for future generations. The films for 2013 not only include recognizable titles (such as and Judgment at Nuremberg), but also lesser-known works such as Bless Their Little Hearts, directed by longtime CalArts School of Film/Video faculty Billy Woodberry.

The 84-minute, 35mm black-and-white film was Woodberry’s thesis film at UCLA. His early work is identified with the L.A. Rebellion movement that stemmed from the aftermath of the Watts Uprising, and the influence of the Civil Rights and the Vietnam War eras. The new wave movement, which also includes other critically acclaimed filmmakers of the ’70s and ’80s such as Charles Burnett, Larry Clark and Julie Dash, helped define a new cinematic landscape for Black cinema.

Bless Their Little Hearts is based on a script by Burnett, who also served as cinematographer for the film. The story follows a married couple that tries to keep their family together while facing everyday struggles and bleak futures.

From the Library of Congress:

This spare, emotionally resonant portrait of family life during times of struggle blends grinding, daily-life sadness with scenes of deft humor. Jim Ridley of the Village Voice aptly summed up the film’s understated-but- real virtues: “Its poetry lies in the exaltation of ordinary detail.”

Under the terms of the National Film Preservation Act, each year the Librarian of Congress (currently James H. Billington) names 25 films to the Registry that are “culturally, historically or aesthetically” significant and at least 10 years old. The selections are finalized after public nominations and comments by the Library’s film curators and the members of the National Film Preservation Board (NFPB).