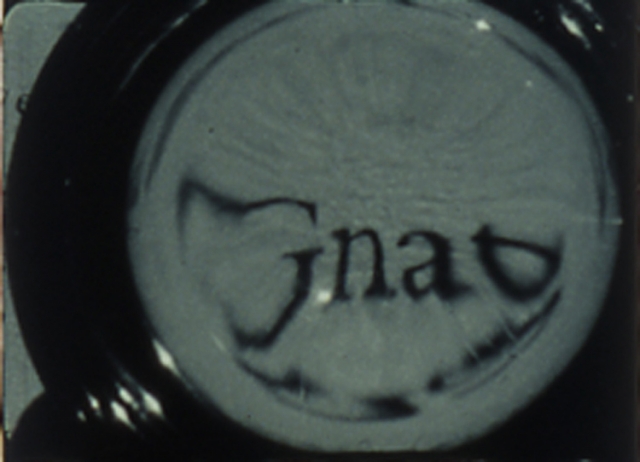 The award recognized Pryce for her work in Cabinets of Wonder: Films and a Performance by Charlotte Pryce, which had its world premiere at REDCAT in April 2013. The screening featured several of her 16mm films, which were hand-processed and optically reprinted, including Concerning Flight: Five Illuminations in Miniature, Discoveries on the Forest Floor, Curious Light, among others.

In addition to the films, Pryce conducted a live magic lantern show, using projections much like they were shown to audiences in the 17th and 18th centuries.

In an interview with the LA Weekly before the REDCAT show, Pryce discussed her works with magic lanterns as well as her short films:

“I’m interested in how we interpret illusions in movement and how that’s changed over time,” she says. “The thing that’s so wonderful about magic lanterns is that they’re entirely manual. It’s not automated movement, like movies; it’s very much an interaction between person and machine.”

The interaction is also at play in Pryce’s 16mm experimental films, which have screened at festivals around the world. She hand-processes each of their brief glimpses of nature and assembles them into beautiful, rhythmic montages. “I’m interested in the latent image,” she says, “or the image within the film, within the chemistry. With hand-processing, sometimes the colors are a bit more erratic and surprising.”