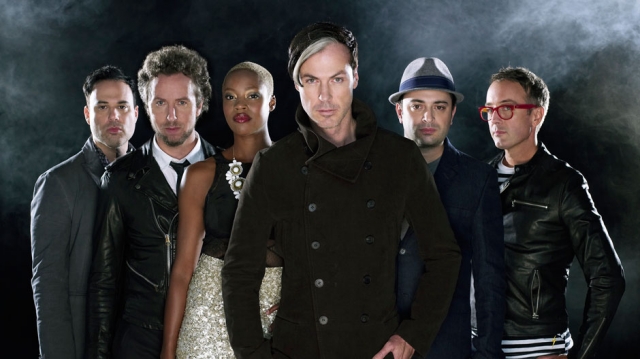 While nominations for the 86th Academy Awards won’t even be announced until Jan. 16, CalArts alumni Michael Fitzpatrick (Film/Video 95) and James King (Music BFA 99) have already helped promote the upcoming Oscars ceremony in March.

In the first Oscar trailer released in December, Ellen Degeneres (this year’s host) can be seen lip-syncing and dancing to the track “The Walker,” by Fitzpatrick’s and King’s band—Fitz and the Tantrums. Accompanying her on this musical journey through a studio backlot are 250 dancers, choreographed by dancer Stephen “tWitch” Boss and directed by Paul Feig (Bridesmaids, The Heat).

“The Walker” is the latest single from Fitz and the Tantrums’ second full-length, critically acclaimed release, More Than Just a Dream. The first single from the album, “Out of My League,” hit the no. 1 spot on  Billboard’s Alternative Song Chart.

The Academy Awards will be presented on March 2 during a live telecast on ABC.