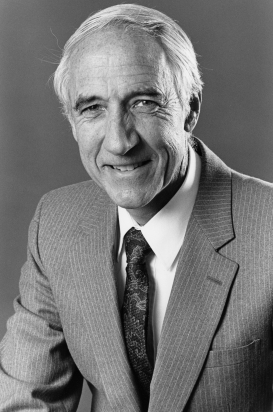 On Friday, Jan. 3, the CalArts community lost a great friend and valued former administrative vice president and CFO, when John Fuller passed away at age 80.

A resident of Newhall since 1964, Mr. Fuller was, for 20 years, a senior executive of Valley Federal Savings Bank before joining CalArts in 1984. On staff at the Institute until 1998, Mr. Fuller did much to stabilize and improve CalArts financial position.

He is also remembered for the heroic role he played in the rebuilding of the campus architecture and infrastructure in the aftermath of the 1994 Northridge earthquake. “John put himself at considerable physical risk at that time,” says CalArts President Steven D. Lavine. “He refused to send facilities staff and contractors into the severely damaged main building without going in himself. He was a deeply caring person whose decency and values had a lasting impact on the CalArts community.”

At the time of his retirement Mr. Fuller commented that he enjoyed using his experience as a banker and economist at an institute devoted to the arts. “It has been a privilege to be here,” he said. In addition to his service to the Institute, Mr. Fuller was recognized for his many contributions to the development of the Santa Clarita Valley, including many years of voluntary leadership of the combined Canyon Country and Santa Clarita Valley chambers of commerce. In that capacity, and as treasurer of an ad hoc group, he played a key role in raising the funds required to create Henry Mayo Newhall Memorial Hospital in 1975.

Known as a humble and unassuming man, satisfied to work behind the scenes, Fuller was, nonetheless, named Santa Clarita Valley “Man of the Year” in 1979.