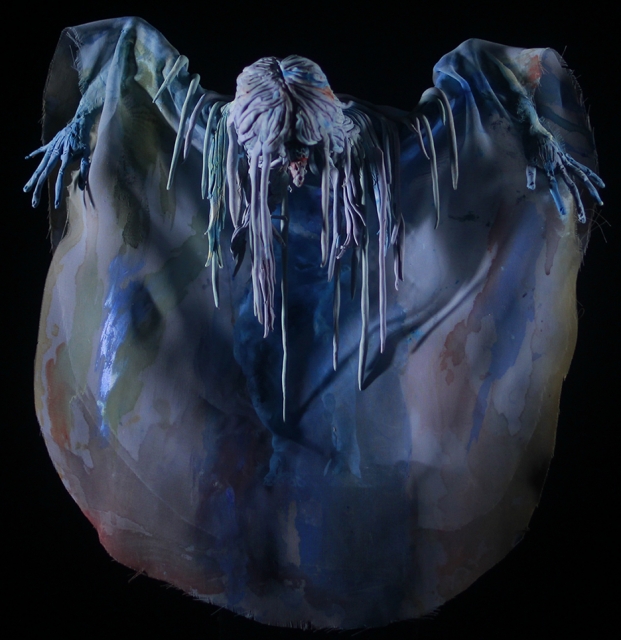 Beginning today (Thursday, Jan. 9) through Feb. 22, ZieherSmith in New York presents the solo exhibit Eager, Schulnik’s second at the gallery. The show features the world premiere of Eager, which will be screened at the opening reception tonight with live musical accompaniment by composer Aaron M. Olson, performing a score commissioned by the artist.

The eight-minute stop motion film is Schulnik’s longest work to date and it features more than 65 figural puppets made of clay, fabrics, wire, wood, paint and glue all painstakingly constructed by the artist alone over a span of 13 months. Fellow CalArtian Helder K. Sun (Film/Video BFA 99, MFA 00) served as the project’s cinematographer.

The film’s subjects are choreographed in emotive gestures in an experiment of animation as dance. Eager is a celebration of the moving painting, blurring the lines between the solid materiality of painting and the fluid movement of ballet.

On Feb. 6, The Wadsworth Atheneum in Hartford, Connecticut, hosts the museum premiere of the animation short, as part of Allison Schulnik / Matrix 168.  The show also screens Schulnik’s 2011 stop motion film Mound, which The New York Times says “demonstrates the thrill of old-fashioned animation.” Allison Schulnik / Matrix 168 is on view through May 4.

Below, we posted the video for Mound.