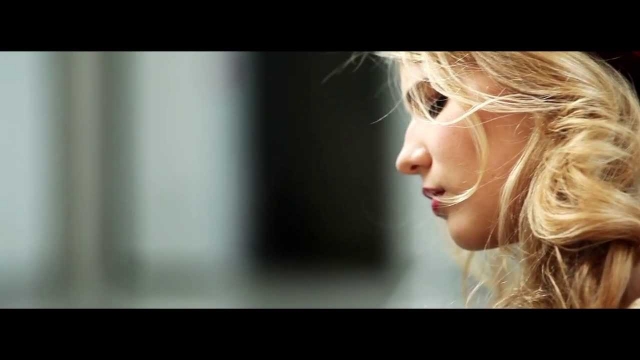 Nineteen-year-old Laura Rizzotto (Music BFA 16) had a promising career as a recording artist in Brazil. At 16, with an album released under Universal Music Brazil under her belt, she opened for Disney star Demi Lovato on her São Paulo, Brazil, concert stop in April 2012.

Now living in Los Angeles—which, according to her, has “wonderful beaches, great weather and a laid back lifestyle which reminds me a lot of my home city, Rio de Janeiro”—and studying in The Herb Alpert School of Music at CalArts, Rizzotto continues making music, releasing her sophomore album, Reason to Stay, on Jan. 16.

Two music videos accompany the album release. One of them, Teardrops, posted above, is set at CalArts. The Wild Beast—the Hodgetts+Fung-designed indoor and outdoor performance space on campus—figures prominently in the music video.

Aside from her music, Rizzotto has also been devoting her free time to environmental activism. She launched Save the Music Tree Project, an initiative that aims to save the endangered Pau-Brasil or Pernambuco tree from extinction. Her country was named after the tree, but she notes in an email that most children in Brazil have never seen the once ubiquitous species of Brazilian timber tree.

The tree’s heartwood is mainly used for manufacturing bows for violins, violas and cellos. Rizzotto states that one of the goals of the project is to raise awareness about Pau-Brasil’s scarcity in the music community. To that end, she pledges to plant a Pau-Brasil seedling in the Brazilian coast for every purchase of the single “Reason to Stay” off the eponymous sophomore album. In addition, she’s collaborating with students from CalArts’ Program in Character Animation to create a short about the endangered species.

Below is the official music video for “Reason to Stay.”

Rizzotto and her band perform new songs off Reason to Stay, as well as covers, at the Roy O. Disney Concert Hall on Jan. 28.