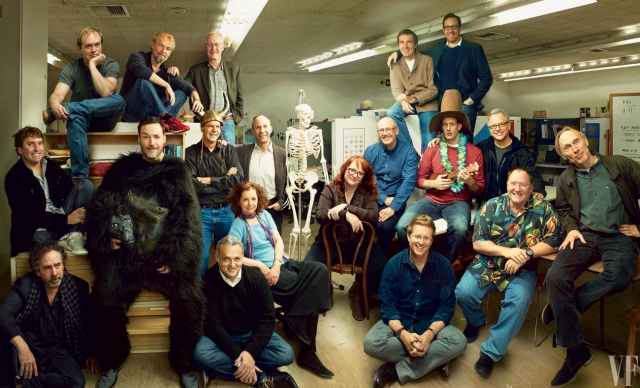 On Monday, Dec. 9, renowned photographer Annie Leibovitz came to CalArts. While her visit itself should have created a stir on a normal day, Dec. 9 wasn’t a typical day. Leibovitz and representatives from Vanity Fair magazine were on campus to shoot a historic photograph—a visual “who’s who” of CalArts animation history.

Kashner, a veteran Vanity Fair writer, also interviewed several other animators such as Leslie Margolin and Nancy Beiman—two of the first female students in the Character Animation Program—over the course of the past year for the article he describes as “a Valentine to CalArts.”

The extensive piece documents CalArts’ animation, from its founding by Walt Disney and his brother Roy O. Disney, to alumni talking about their time on campus. Animation alumni share stories, both good and bad, about Valencia in the 1970s, performance art, dorm life, former teachers, their fellow animators, Halloween parties, and, of course, the films that inspired them—and the works they would go on to make themselves.

Gross earnings from the films alone (not including television works) directed by alumni of CalArts Character and Experimental Animation programs between 1985 and 2013 have topped $29.3 billion dollars.

Lasseter, Chief Creative Officer, Walt Disney and Pixar Animation Studios, commented recently on the Vanity Fair feature. “My experience at CalArts was such an awesome, special time in my life. Not only did I meet some of my best friends there, but I got to learn and work alongside some of the greatest talent in the animation industry. For CalArts and its animation program to be featured in Vanity Fair is so exciting, as the school has provided—and continues to provide—such an incredible education to so many people. I can’t wait to see the impact the next generation of CalArts alumni will have on our industry and culture.”

Read “The Class That Roared” from Vanity Fair. 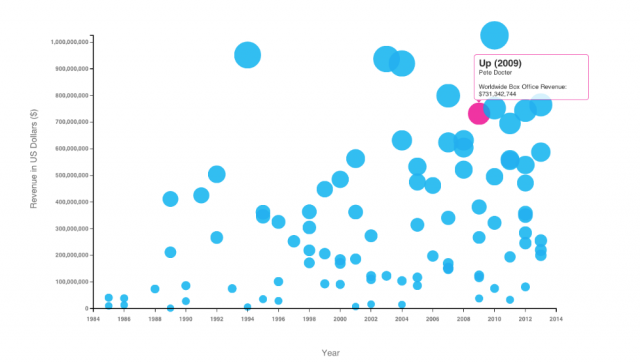 Click on the image for the interactive graphic on CalArts’ animation alumni and the international box office totals.