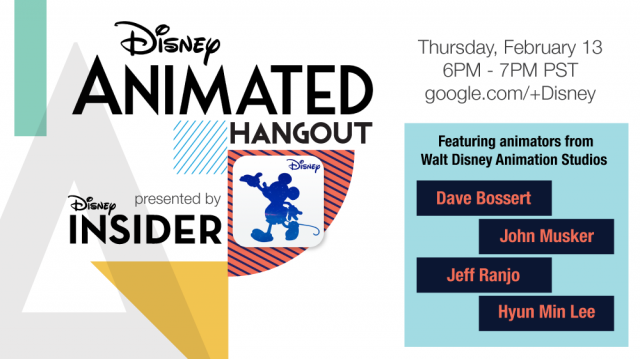 The panel, which will also be streamed online at google.com/+Disney, includes a discussion about the art of animation, its legacy and the future of the industry. In addition, the panel participants will also demo and discuss the new Disney Animated app—named the 2013 Apple iPad App of the Year—that presents an in-depth examination of the making of Disney’s 53 animated classics.

Bossert, producer, creative director and head of Special Projects at Walt Disney Animation Studios and CalArts trustee, co-authored the app, which includes concept art, visual effects and archival material. The app includes material from all eras of Walt Disney Animation Studios, beginning with Snow White and the Seven Dwarfs (1937) and continuing through the Oscar-nominated feature, Frozen (2013).

Seating is available on a first-come, first-served basis in the Bijou Theater. If you’re unable to attend in person, watch the conversation at google.com/+Disney from 6-7 pm. Viewers can ask comments live during the panel discussion via social media using #DisneyAnimated.